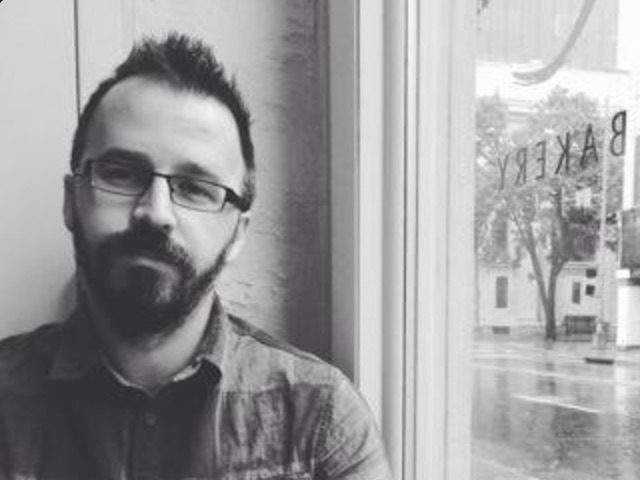 As we have documented often in the past—and will continue to do so—those on the political Left in America can be some of the most hateful, vile, despicable people in America, as they so regularly demonstrate.

The latest example comes from a professor at Philadelphia’s Drexel University, who sent out a heartwarming Christmas message, as reported by Breitbart: Associate Professor of Politics and Global Studies George Ciccariello-Maher wished for a “white genocide.”

In taking to his Twitter account Christmas Eve, Ciccarillo-Maher, who himself is white, tweeted “All I Want for Christmas is White Genocide.” He deleted the tweet later.

The alleged academic describes himself as a “visiting researcher” at El Instituto de Investigaciones Sociales in Mexico, and had mucho praise for the “massacre of whites.”

“To clarify: when the whites were massacred during the Haitian Revolution, that was a good thing indeed,” he also tweeted.

What if he had called for black genocide?

In another tweet, he denied being “alt-left,” but instead claimed he is an “outright communist”—which is pretty much alt-left.

But that’s not all. This guy really is off his rocker with hatred, as Breitbart noted:

The professor’s Twitter feed is filled with hateful, obnoxious messages, anti-Americanism, slams of President Donald Trump, attacks on Jews, as well as pro-Black Lives Matter and pro-communist sloganeering. He also tweeted a picture of a “Make America Great Again” hat set on fire.

And remember, this guy is a “professor” of politics and global studies at an American university, so you can imagine the kind of “politics” he is teaching—and it’s not the U.S. Constitution, at least not in its founding sense.

Breitbart noted that phone calls were made to Drexel University to inquire whether school administrators were aware of and condoned the kind of hateful remarks Ciccariello-Maher makes regularly online, but those phone calls were not returned—which tells you something in and of itself. Had a white professor made similar comments about black genocide or Hispanic genocide, he or she would have been out on their bum in record time.

As for this ‘academic,’ he also claims to be an “expert” on Venezuela, yet nowhere in his Twitter feed was any acknowledgement of the sheer economic collapse of that country in what has become merely the latest example of failed socialism/communism.

In fact, things are now so bad in what was once the most prosperous of all South American nations that parents are being forced to give up their kids because they cannot feed, clothe or take care of them. What’s worse, food scarcity has become so pervasive there are even reports of cannibalism.

Then, of course, there is the typical hypocrisy of the Left, which is especially prevalent in the American Left because they have never actually lived the in a communist hellhole. As Thomas Lifson pointed out, the commie ‘professor’ teaches at a very capitalistic institution—one that charges $34,000 annually in tuition. Given his professed political proclivity, you would not expect him to have anything to do with a university that charges Ivy League rates rather than being free for the masses.

Or maybe he’s like former Democratic presidential candidate Sen. Bernie Sanders, who thinks someone else should pay for your college education.

The hard Left in any country is devoid of the “compassion” they claim they hold so dear for their fellow human beings. In fact, they are as devoid of compassion as they are reality. What their preferred “revolution” always brings is misery, chaos and death, as well as national self-destruction, as we’re seeing again in Venezuela.

Only capitalism—not crony capitalism, which is what our form of capitalism has been turned into—is a proven economic model that, time and again, successfully lifts entire nations out of poverty, leads to amazing technological advances, and provides incredible opportunities for people who otherwise would have few or none.

That this academic bozo claims to be a fan of communism while enjoying the luxury and opportunities afforded him by our largely capitalistic economic model is laughable. And pathetic.