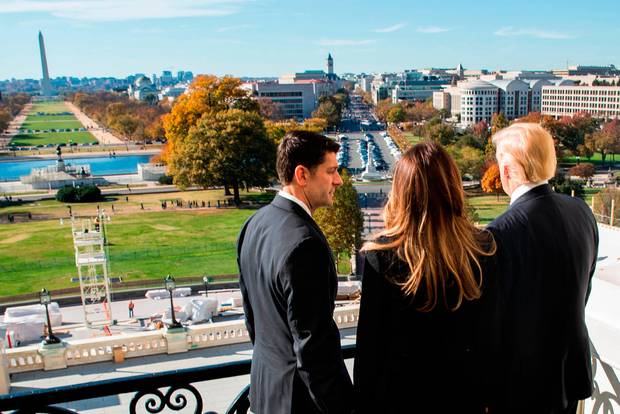 Though on the surface it may seem like President Donald Trump has it good, politically: He’s a GOP president at a time when he’s also got a Republican majority in Congress. And while Democrats will always be Trump’s biggest political obstructionists, he’s going to get far too much pushback from establishment Republicans who still don’t understand they were given clear mandates by the American people to get certain things done.

One of those things involves dramatically reforming health care—and not like President Obama and  the Democrats “reformed” it when they ruled Congress and the White House, a la Obamacare. It’s obvious that some Republican leaders don’t get this, and one of them may be House Speaker Paul Ryan, R-Wis.

Ryan, for some reason, appears to be picking a fight with Trump and Vice President Mike Pence over the administration’s pledge to tackle the corruption of Big Pharma. Every American adult who has had to pay for medications over the last several years knows that they have gone up in price dramatically, and that there seems to be nothing stopping drug makers from boosting prices even on drugs that have been around for a long time. (RELATED: Stay up to date with the Trump administration at WhiteHouse.news)

What’s more, the price increases are only going to get worse this year, as Trump predicted.

“We have to get our drug industry coming back,” he said. “Our drug industry has been disastrous. They’re leaving left and right. They supply our drugs but they don’t make them here, to a large extent. And the other thing we have to do is create new bidding procedures for the drug industry, because they’re getting away with murder. Pharma has a lot of lobbies, a lot of lobbyists, a lot of power.”

He went on to note that currently, there is very little bidding going on regarding drugs, even though Americans and the U.S. government are the largest consumers of pharmaceutical drugs.

Trump doubled down on his criticisms of Big Pharma later, in an interview with the Washington Post, saying that Big Pharma was “politically protected, but not anymore.”

In response, Ryan told Mike Allen of Axios that he wants to “have more conversations about” the president’s efforts to crack down on Big Pharma corruption before it actually happens.

For the record, according to money-in-politics watchdog MapLight, the “Pharmaceuticals/Health Products” industries are one of the top 10 donors to Ryan, contributing $381,979 through June 30, 2016.

“I believe that the current premium support system with Part D works extremely well,” Ryan said. “I think there’s some real success stories … and I think we need to tell that story.”

When Allen asked if that also meant telling the president such stories, Ryan replied that it needs to be told to “a lot of people.”

When he was asked about Trump’s comments that Big Pharma was politically protected, “but not anymore,” Ryan replied, “I don’t speak like that, generally speaking. I’m always looking for win-win situations, and I believe there’s a lot more we can do to bring down the price of drugs.” (RELATED: Stay current on this and other issues dealing with the pharmaceutical industry at BigPharmaNews.com)

The tension is more of the kind we’ve seen since the nationalist/populist Trump—the first real president “for all the people” in several generations who wants to stand up to the globalists, crony capitalists and corporatists—began rubbing up against the elitists who ‘run things.’

The Washington political class has never had to deal with anyone like Trump as president. He is not one of them, so he doesn’t view issues and problems through the same politically compromised prism as they do. Trump’s idea of “win-win” isn’t a “bipartisan agreement” per se, it’s any deal that helps as many Americans as possible (especially those who, up to now, have not had a voice in D.C.) while saving the government money and making it more efficient.