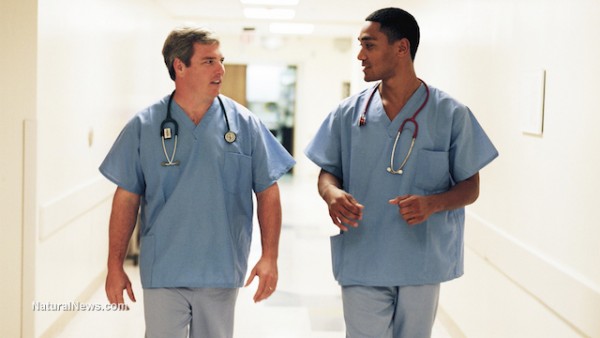 More than 250,000 people in the United States die due to medical errors every single year. That figure does not even count those who have the wrong limb amputated or organ removed, or who suffer serious side effects or lifelong disability from being given the wrong drug, but who manage to survive the experience.

How many of those errors could be attributed to the fact that many hospital patients are being seen by medical residents working 120-hour weeks, including back-to-back 15-hour shifts with just 5 hours of sleep between them?

And why does the Accreditation Council for Graduate Medical Education (ACGME), which oversees the rules regulating medical residents, want to once more lengthen the maximum shifts that residents are allowed to work?

How doctors’ brains shut down

As recently as 2009, ACGME rules permitted residents to work 30-hour shifts with no sleep breaks. At the request of Congress, the Institute of Medicine audited this practice and concluded that such shifts were unsafe for patients. The institute recommended that the maximum be amended to either a single 16-hour shift, or two back-to-back shifts totaling 30 hours, with a minimum “5-hour protected sleep period” between them. In 2010, ACGME adopted this new standard.

Even the current practice carries major risks for both patients and doctors. According to a recent study from the AAA Foundation for Traffic Safety, people getting just five to six hours of sleep a night are twice as likely to crash their cars as people who sleep seven or more hours per night.

Five to six hours of sleep a night dramatically exceeds the average for many medical residents. But if they’re not safe to drive, how can they be safe to diagnose patients, prescribe drugs, or perform surgery?

The answer is clear: they can’t. Studies have shown that doctors who are sleepy are more likely to suffer from failures of memory and judgment. Of course they are; that’s simply what happens to the human brain on insufficient sleep.

Sleep deprivation is dangerous to the doctors themselves. Sleep plays a critical role in the body’s defenses against infection, and even apparently against the onset of diabetes, obesity, cardiovascular disease, depression and Alzheimer’s disease.

So why, if it’s so bad for both patients and doctors, does this system persist?

In part, it’s simply a question of culture. Current doctors went through it, so they believe it was an important part of their education. Letting first-year residents work shorter hours could generate resentment from other residents who are working longer shifts. Bureaucracies are resistant to change. The list goes on.

But more fundamentally, long resident hours are a major profit engine for hospitals.

Residents are licensed MDs, but they are paid between one-sixth and one-eighth the salary of post-residency MDs. Thus, hospitals have a strong interest in giving them long hours and the least desirable tasks. Indeed, on an hourly basis, residents make less than most ancillary hospital staff.

Part of the reason residents come so cheap is that the federal government actually pays hospitals to employ them, at an annual cost to taxpayers of about $10 billion. Medicare and Medicaid fully fund the residents’ salaries, then pay an extra $100,000 per resident on top of that, supposedly to cover the administrative costs of the residency program.

Why does the federal government foot this bill? The system was established in 1965 to promote medical education, and hospitals haven’t had any incentive to try and give up the free ride since then.

To top it off, the Medicare Payment Advisory Commission found that the government is paying hospitals about twice as much as they actually need to cover their costs.