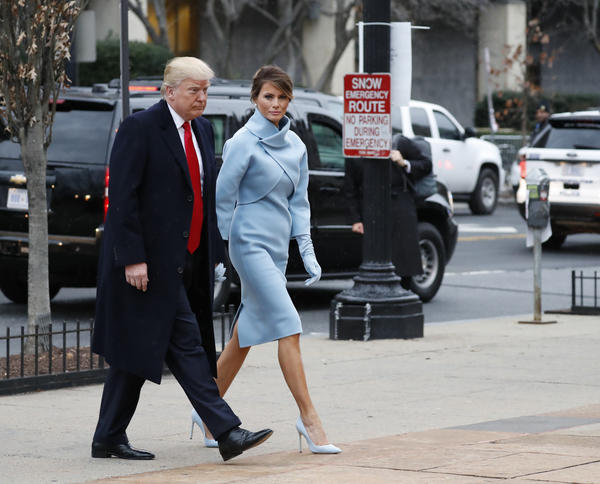 On Monday, his first full work day in the Oval Office, President Donald J. Trump made good on some of his campaign pledges by signing a score of executive actions, one of which places a hiring freeze on virtually all federal positions.  This action fulfilled an early promise to dramatically cut the size of the federal government.

As reported by Breitbart, Trump, in signing the executive action, stressed that it did not apply to the military or the intelligence community.

The Washington Post reported that the hiring freeze was telegraphed in the Trump campaign’s “Contract with the American Voter,” which the Washington establishment media did its best to ignore because most believed their anointed candidate, Democrat Hillary Clinton, would best the former reality TV star and billionaire real estate mogul.

The hiring freeze was the second of a half-dozen steps Trump is taking “to clean up the corruption and special interest collusion in Washington, D.C.,” and a part of his “100-day action plan to Make America Great Again.” The freeze excludes the “military, public safety, and public health.” (RELATED: What’s Trump doing today to Make America Work Again? Find out at BigGovernment.news)

As expected, Trump’s actions drew immediate outbursts from the nation’s largest federal employee union—an entity that should never have existed in the first place because government unions are, by their nature and existence, bad for American taxpayers.

“President Trump’s action will disrupt government programs and services that benefit everyone and actually increase taxpayer costs by forcing agencies to hire more expensive contractors to do work that civilian government employees are already doing for less,” said J. David Cox, Sr., president of the American Federation of Government Employees.

In other words, pretty much the entire sky will now come tumbling down. Stay tuned for progress on that.

Meanwhile, the establishment had already been pushing back. The Post reported earlier this month that the Obama administration was using accelerated hiring practices to get employees in place before Trump was sworn in. That said, individuals who have been hired, but not yet began working, are likely still going to be affected by his freeze order.

As the Post noted, that is enshrined in case law:

In an August 1981 decision by the U.S. Court of Appeals for the D.C. Circuit in National Treasury Employees Union v. Ronald Reagan, the court ruled that anyone who had been appointed after Election Day, but had not yet started work, were affected by the retroactive freeze because they had not actually become federal employees. It found that a small number of workers among the plaintiff group, however, had begun to perform official work functions and therefore could make a claim based on the standard civil service protections that federal employees hold.

The following year, the Government Accountability Office (GAO) took a look at hiring freezes imposed by Reagan and his predecessor, Democrat Jimmy Carter, and determined that it wasn’t an effective strategy. (RELATED: How is the Trump administration bringing back private-sector jobs and opportunities today? Find out at Whitehouse.news)

The GAO ostensibly found that hiring freezes have “little effect on Federal employment levels,” while they have “disrupted agency operations, and in some cases, increased costs to the Government.”

But as usual, such assessments as these—along with the Post’s attempt to utilize a 36-year-old analysis in an attempt to make a point about how dumb Trump is to do this—miss the much larger point.

In this case, Trump’s additional pledges to shrink the size of federal agencies and cut regulations by as much as 75 percent mean the federal government quite literally will become smaller and will thus no longer have a need for the number of employees currently on the payroll. So, making this claim is akin to attempts to place a square peg in a round hole; it just doesn’t fit.

“We’re going to be cutting regulation massively,” but the rules will be “just as protective of the people,” Trump told reporters at a meeting that included Tesla Motors CEO Elon Musk and Under Armour CEO Kevin Plank, as reported by CNBC.