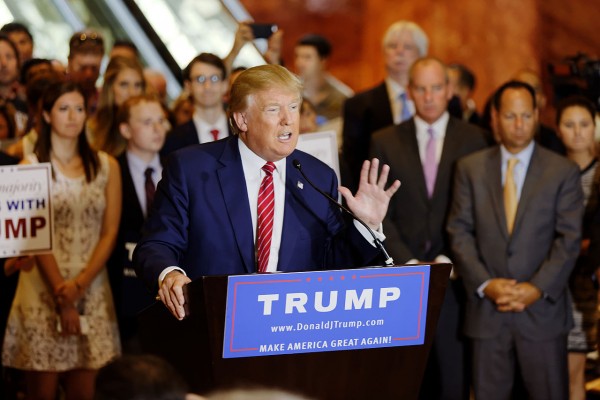 If you watched the inauguration of our 45th president, Donald J. Trump, you saw lots of ceremonial pomp and circumstance, lots of tradition, lots of speeches and a mighty fine parade. But what you didn’t see was our new president getting right down to business behind the scenes, as he shuttled from event to event.

As reported by the Epoch Times, Trump quickly took over the mantle of power after being sworn in, signing a bill permitting retired Gen. James Mattis to serve as his defense secretary; the legislation was needed to legally circumvent an existing law that prevents retired military personnel from heading up the Defense Department for seven years after they leave the service. Mattis has only been retired from the Marine Corps for just over three years (the Senate confirmed Mattis as Trump’s SecDef later in the day, his first approved Cabinet member).

Congress passed a measure last week that granted Mattis a one-time exception from federal law that bars former U.S. service members from serving in the top Pentagon slot. The law was initially passed to ensure strict civilian control over the military; Mattis, 66, retired in 2013.

Not an hour had passed after Chief Justice John Roberts issued the Oath of Office to Trump before he was sitting in an ornate room close to the Senate floor signing a series of documents that marked the first of his presidency. With Vice President Mike Pence and congressional leaders looking on, Trump had words of praise for all of his nominees while signing the documents and handing out the pens as he did so.

Among the documents, Trump signed a proclamation declaring a day of patriotism, according to a tweet from White House Press Secretary Sean Spicer. (RELATED: Check out what the administration is doing next at WhiteHouse.news.

The signings were Trump’s first presidential acts, and the Epoch Times noted further that it wasn’t clear if there would be more on Friday. As he signed documents, Trump handed out pens to top congressional leaders. For instance, Senate Majority Leader Mitch McConnell received the pen Trump used to nominate McConnell’s wife, Elaine Chao, to lead the Transportation Department.

At one point, House Minority Leader Nancy Pelosi, D-Calif., jokingly objected to a pen that was used to nominate Rep. Tom Price, R-Ga., for head of the Department of Health and Human Services, but House Speaker Paul Ryan, R-Wis., interjected quickly, “I’ll take it.”

Trump campaigned on promises to get to work quickly, and in recent days reports have noted that there could be hundreds of executive actions and orders he is prepared to sign. But most observers believe it will be Monday before the new president gets down to serious business. In an interview with a local New York City NBC affiliate, Trump senior adviser Kellyanne Conway reiterated Trump’s intention to get to work sooner rather than later.

During his campaign, Trump put together an 18-point plan of action for his first full day in office, but has since backed away from initial pledges to get them done on his actual first day, likely owing to all of the traditional events that new presidents have to attend. He has also noted that some of the more serious actions would need to be taken after consultations with Congress and foreign leaders. On other issues, he has reemphasized the plan and hinted that major policy announcements are likely in the first hours and days of his administration.

“The glacial pace and the excuse of divided government in Washington, those days are gone,” Conway said in a separate interview, as reported by the Epoch Times. “That really will be swept into the bin of recent history.” (RELATED: Will Trump be good or bad for our country? Find out at Liberty.news)

Conway was alluding to complaints by the outgoing Obama administration that were usually directed at Republicans, whose constituents elected them to oppose Obama’s far-Left agenda. While Trump certainly won’t get everything he wants, Conway sounds confident that the president, as negotiator-in-chief, is convinced he can get things done despite the political theater of Washington.

Spicer said in the days before the election that a pair of executive orders on trade are forthcoming, and soon. On his first day in office list, Trump said he would formally declare the United States’ intention to pull out of the 12-nation Trans-Pacific Partnership trade deal, which he strenuously opposed during the campaign. And he also said he would be renegotiating a 20-year-old trade deal, NAFTA, signed by President Bill Clinton, which established free trade between the U.S., Canada and Mexico. Trump says the deal has been “one-sided,” as U.S. companies have mostly relocated south of the border.

On day one, Trump also promised a constitutional amendment placing term limits on members of Congress.