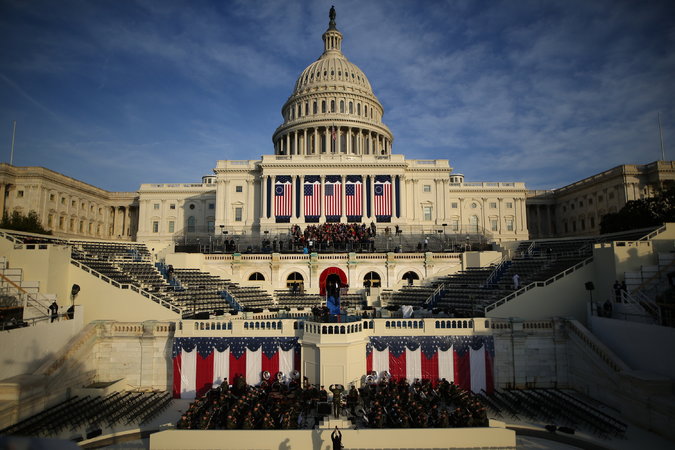 Yesterday at noon, Donald J. Trump was inaugurated as the 45th president of the United States and, for a time, there was political peace in the nation’s capital.

Senate Minority Leader Charles Schumer, D-N.Y., gave a speech in which he praised the democratic process, the peaceful transition of power and the lawful ascension of Trump and his vice president, Mike Pence—all of which are hallmarks of our American republic.

But don’t expect the harmoniousness to last. In fact, all early indications are that Democrats, led by the angry Left-wing faction of their party, plan nothing but perpetual protests and disruption of the Trump administration, in a continuing effort to de-legitimize the president’s victory.

As reported by The Washington Times, the perpetual protests began after Trump’s Nov. 8 victory, and have carried through Senate confirmation hearings for his Cabinet picks and on Inauguration Day itself, when some 60 House Democrats were the first to insult our new president by failing to show up for the ceremony, all over a fabricated “outrage.” [RELATED: Keep taps on our new president at Trump.news]

“Is the political Left getting ahead of itself in bashing and trashing the Trump White House? Or are Democrats and left-wing groups gearing up for perpetual protest—a never-ending onslaught of dissent and criticism aimed at delegitimizing the Trump presidency, discrediting the Trump administration and demonizing all things Trump?” the Times noted.

“The professional political left is attempting to foment a permanent opposition that is corrosive to our constitutional democracy,” Conway told The New York Times last month. “The left is trying to delegitimize his election. … They’re trying to deny him what he just earned.”

While few expect supporters of twice-vanquished Democratic nominee Hillary Clinton to be happy about the election results, the formation of political war rooms, the ongoing opposition strategy sessions, protests and media hysteria are really unprecedented—because the angry Left justifies its hypocrisy in any number of ways.

“This is dramatically different from what we’ve seen,” conservative author David Horowitz, a former Left-wing hack and current chronicler of left-wing movements, told the Times.

“A democracy only works if the factions, the divisions are done peacefully and resolved peacefully, and compromises are made,” Horowitz—author of the 2012 book “The New Leviathan: How the Left-Wing Money Machine Shapes American Politics,” said.

He added that there’s a sort of “honeymoon” after the election whereby the losing party nevertheless defends the legitimacy of the results. “That’s why we’ve had peace since the Civil War in this country,” he said.

But the angry Left is seeking to change that dynamic now, their hatred of Trump is so deep.

And mind you, all this angst is completely irrational; the man hasn’t been in office ever before so claiming to know what kind of government he’ll lead is absurd.

And New York Gov. Andrew Cuomo has said publicly that his state will be a refuge for minorities who feel they are under attack by a Trump administration—even though Trump, during his inaugural speech, spoke to all Americans and has been falsely labeled a racist by the ‘mainstream media’ because he wants to deport illegal aliens.

Democrats have also said that Republicans did not make it easy for President Obama when he took office, but political opposition parties are not expected to agree with the other side. Plus, Republicans have never tried to upend Electoral College results by urging electors to defect, or called for his impeachment before he even entered office, or organized scores of protests to coincide with his inauguration.

But one thing is certain: If the angry Left, through the Democrat Party, continues to carp daily at everything the Trump administration does, only its most sycophantic supporters will be around in subsequent elections to vote for its candidates. Everyone else will abandon the party, viewing it as unserious and unhinged.