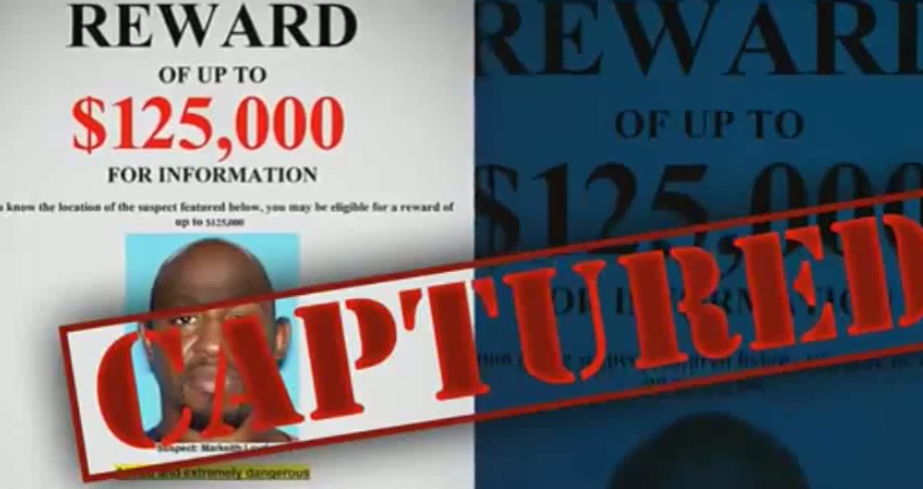 ORLANDO, Fla. (AP) — Hours after a fugitive in the slaying of a police officer told a judge he was brutalized during his arrest, Orlando’s police chief released a video of his surrender and described the suspect as “extremely violent, dangerous and very unpredictable.”

The nighttime aerial video shows Markeith Loyd crawling across the front yard of a home before he’s surrounded by police. At least two of the officers appear to kick him as he surrenders. The camera then pans out and away, making it difficult to see anything in detail.

Police Chief John Mina acknowledged that Loyd was kicked during his arrest Tuesday, but said that’s because he was resisting the officers’ orders. Loyd later appeared with both eyes swollen shut and blood oozing from his mouth. He was hospitalized overnight and then jailed before his initial appearance Thursday.

The chief said he believes his officers acted appropriately and that all involved remain on full duty. “Let’s not rush to judgment, let’s let the use of force investigation play out and remember that we are dealing with an extremely violent, dangerous and very unpredictable person,” he said.

Loyd directed expletive-laced outbursts at a judge during his initial hearing Thursday on charges that he also killed his pregnant ex-girlfriend. He declared that many of the accusations against him are “made up,” and said he was brutalized by officers after an intense, nine-day manhunt.

“They done took my eye, broke my nose, broke my jaw,” Loyd complained. “I didn’t resist.” Most suspects appear with a lawyer and remain silent while the judge reads the charges in initial hearings, but Loyd said he planned to represent himself, and stridently objected to charges of first-degree murder and the unlawful killing of an unborn child in the Dec. 13 death of Sade Dixon.

Loyd, 41, also is accused of fatally shooting Orlando Lt. Debra Clayton outside a Wal-Mart while he was a fugitive from justice. Charges of first-degree murder, attempted first-degree murder, carjacking, aggravated assault and wearing a bulletproof vest while committing an offense were filed against Loyd on Thursday night related to the officer’s killing.

Orange County Judge Jeanette Bigney ordered Loyd held without bond. Loyd dismissed any notion of guilt, and despite being cautioned by the judge, his outbursts continued. The judge confirmed that Loyd was speaking under oath and said “everything you say is being recorded, sir.”

“I’m not finished talking because y’all been making up s— the whole time,” Loyd responded. Loyd then spoke in defense of three people arrested as accomplices for allegedly helping him evade arrest, and in so doing, admitted that he was at the Wal-Mart store where the officer was shot.

“I have not received nothing from nobody. I was out there by myself. Nobody helped me do anything. I was in Wal-Mart by myself. Wasn’t nobody doing nothing for me,” he said. At that point, the judge interrupted him: “Sir, we are here addressing only one case.”

The judge said another hearing will be scheduled to determine who will represent Loyd. And when she finally told officers to remove him from the courtroom, Loyd turned to the judge and said “F— you!”

Mina also released chilling details Thursday about the officer’s final moments. He said the Wal-Mart’s surveillance video showed Loyd initially tried to flee as Clayton approached him in the parking lot, but then pulled a handgun and fired at her.

She was shot and tried to seek cover, and Mina said Loyd could have driven away at that point. Instead, he came and stood over Loyd, shooting her several more times. The medical examiner found that it was one of those final shots that killed her.

“We are talking about a cold-blooded, ruthless killer,” the chief said.