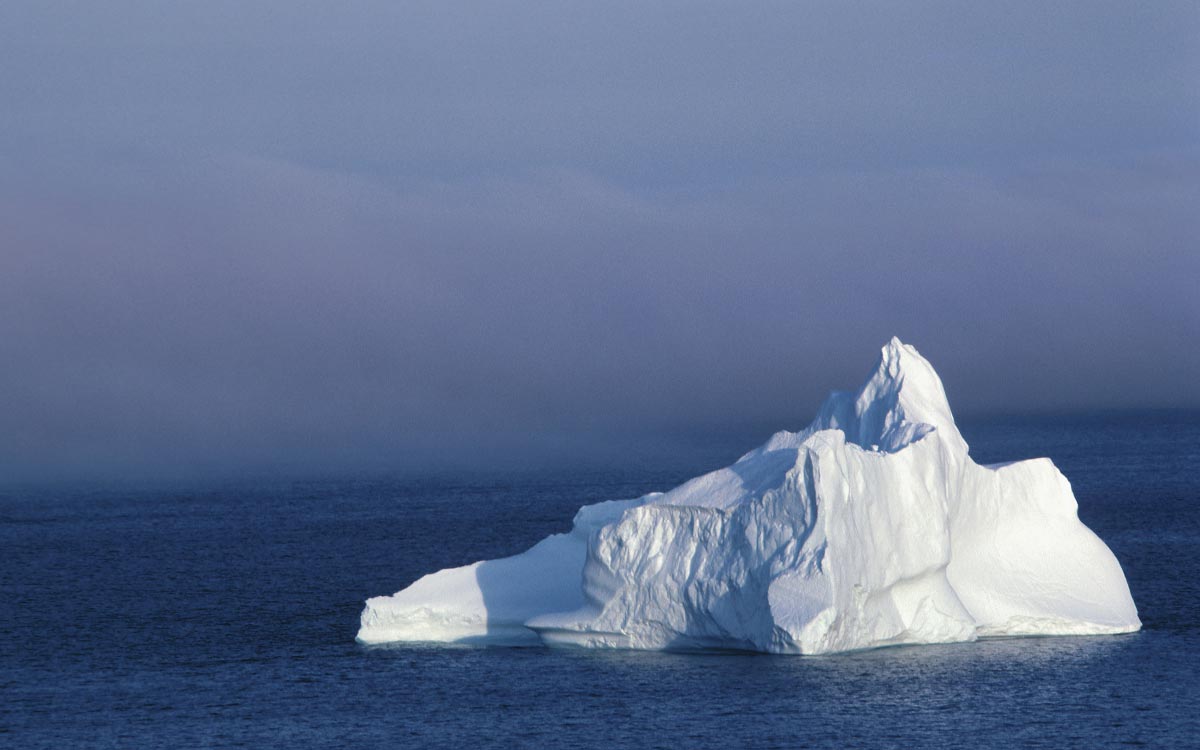 A “gravitational anomaly” buried beneath the ice of Antarctica recently sent the Internet into a buzz of speculation, with suggested explanations including everything from UFOs to a gateway to the hollow center of the planet.

But the explanation suggested by scientists is perhaps more remarkable still: that the anomaly, known as the Wilkes Land mass crater, is a type of fingerprint indicating the impact of an asteroid four to five times larger than the one that wiped out the dinosaurs.

The scientists who discovered the anomaly have suggested that this asteroid could be responsible for the worst mass extinction in our planet’s history, and may also have initiated the breakup of the supercontinent, Gondwana.

In 2006, researchers from Ohio State University were studying gravity fluctuations measured by NASA’s GRACE satellites, and discovered a 200-mile wide section of land that appeared to be made of high-density material from earth’s mantle, rather than the typical crust material that makes up most of the planet’s surface. These mass concentrations (“mascons”) occur when large amounts of matter rise up from beneath the crust, and often indicate an impact from a large object.

“If I saw this same mascon signal on the moon, I’d expect to see a crater around it,” researcher Ralph von Frese said. “When we looked at the ice-probing airborne radar, there it was.”

The researchers discovered that the mascon was sitting in the exact center of a circular ridge about 300 miles across. And while many factors could produce such geological formations, the combination of the ridge and the mascon is highly suggestive of an impact crater.

“There are at least 20 impact craters this size or larger on the moon, so it is not surprising to find one here,” he said. “The active geology of the Earth likely scrubbed its surface clean of many more.”

Because the earth is geologically active, mascons eventually get cleared away, even before the craters that house them disappear. This property of the earth’s geology allowed the researchers to estimate the time of the impact at about 250 million years ago. In another 500 million years, they said, the mascon will have disappeared entirely.

The researchers became excited when they realized that 250 million years ago is the time at which the Permian-Triassic (P-T) mass extinction event occurred, wiping out 96 percent of ocean life and 70 percent of land vertebrates.

Dwarfs asteroid that killed the dinosaurs

Scientists believe that the Cretacious-Tertiary (K-T) extinction that wiped out the dinosaurs was caused by an asteroid, dubbed Chicxulub, that struck the earth at what is now Mexico’s Yucatan Peninsula. Based on analyses of craters size, Chicxulub was probably about six miles wide — compared to a 30-mile wide asteroid that likely creates the Wilkes Land mass crater.

“This Wilkes Land impact is much bigger than the impact that killed the dinosaurs, and probably would have caused catastrophic damage at the time,” von Frese said.

“All the environmental changes that would have resulted from the impact would have created a highly caustic environment that was really hard to endure. So it makes sense that a lot of life went extinct at that time.”

The scientists also noticed that the crater is bisected by a rift valley that extends into the Indian Ocean. It was the expansion of this rift that, 100 million years ago, caused Antarctica to separate from the Gondwana supercontinent. This led the researchers to suggest that perhaps the asteroid that produced the Wilkes Land mass crater actually created this rift in the first place, thus beginning the eventual breakup of Gondwana.

The researchers’ theory is not universally accepted. Other potential craters have been suggested for a P-T asteroid, such as Bedout off the northwest coast of Australia. Other scientists believe that the P-T extinction was caused not by an asteroid, but by volcanic activity.