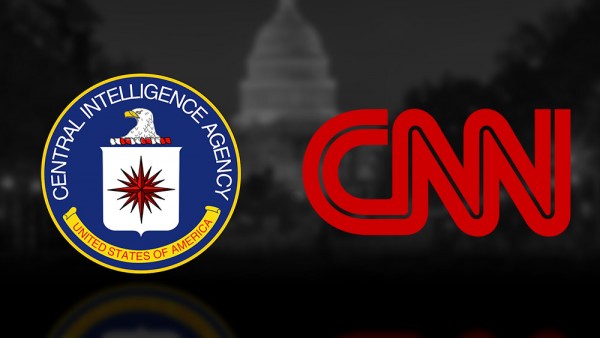 If you had any doubt that the so-called “mainstream media” is selling out its soul and any remaining credibility it had before the November election, this should clear it up for you.

In recent days, a “bombshell” report claiming, among other things, that President-elect Donald J. Trump once paid Russian hookers to stage a “golden shower” on a Moscow hotel room bed where President Obama and the first lady once stayed, has been attacked by those on the Left and Right as little more than fabricated fantasy that even the U.S. intelligence community grabbed onto.

As noted by The Free Thought Project, the entire “story” was nothing short of an “epic troll:”

Defying all reason and journalistic duty, BuzzFeed may have now topped the Washington Post in the quickly burgeoning Fake News market, publishing accusations President-elect Donald Trump has “deep ties to Russia” — but the astoundingly baseless claim seems to have unraveled in the most hilarious way possible.

The discredited site reported that a “dossier” assembled by some mystical person who only “claimed” to be a “British intelligence official” made the allegations, including the “compromising information” mentioned above. (RELATED: See more phony media exposed at MediaFactWatch.com)

While the site noted that the allegations were “unverified” and “contains errors,” BuzzFeed editor-in-chief Ben Smith defended publishing the story and all 35 pages of the document as a means of being “transparent.” In the past, news organizations did not have to create dubious pretzel-like justifications for publishing admittedly unsubstantiated rumor, but apparently, because it’s Trump, those journalistic standards no longer apply to some news companies.

But BuzzFeed certainly wasn’t alone in jumping on this bandwagon to journalistic irrelevance. CNN also joined in, couching the story as, “Well, there’s this floating around out there, but we’re not sure if it’s legitimate or not. …” Again, though, no due diligence was performed, like fact-checking, before the decision to publish was made.

So bad was this, that even a Leftist host on uber-liberal MSNBC, Mika Brzezinski, slammed both news outlets for their recklessness and anti-Trump bias.

“But you could say the same to some news organizations: what’s the real story? What’s the real story?” Brzezinski said. “Is there a story, or is there just not a story there that they want to put out because they hate [Trump] so much? Or is the intelligence community putting the screws to Donald Trump because he insulted them? There’s so many layers happening here. A lot of possibilities here.”

There is no “real story,” which is the point. In fact, as Trump noted in his Wednesday news conference, several media outlets refused to take the story for the simple fact that it was not verifiable or even remotely credible.

It’s bad enough that the Left-wing anti-Trump media publish fake news stories about him, but what ought to concern Americans is that U.S. intelligence agency bureaucrats who obviously have the same bias are going all-in with the effort to discredit him.