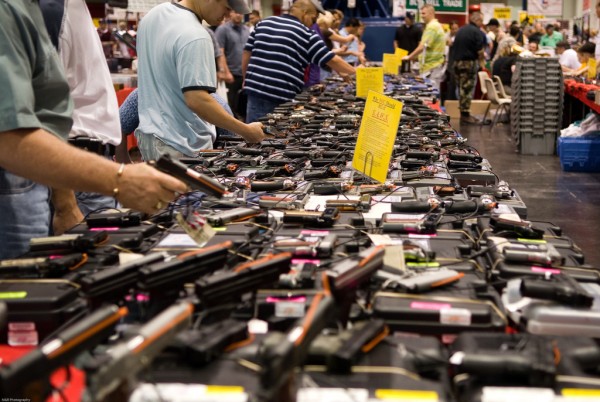 The Failing New York Times, as President-elect Donald Trump often refers to the paper, truly lives up to its unflattering nickname. The once legendary newspaper has fallen so far from grace in recent years that it is not even a shell of its former self. Instead of reporting on the news, the new version of The Times has instead resorted to pushing Leftist propaganda.

Consider, for instance, the fact that the editorial board of the publication recently published an article praising Europe – a continent that is currently flooded with crime and chaos – for enforcing restrictions on guns. Throughout the article, they refuse to accept the fact that Europe is currently overrun with terrorists from the Middle East, simply because this no longer fits their agenda.

Regarding their stance, the editorial board at The Times wrote, “It would require member nations to share more information to prevent gun sales in other jurisdictions after a buyer is rejected by one country. … The European move on gun safety is not a cure-all, but it is a worthy public health initiative that deserves emulation in the United States. Congressional leaders, unfortunately, show no sign of mustering the courage of the Europeans.”

It shouldn’t come as a surprise that those running the show at the newspaper have taken such an uneducated, uninformed and, frankly, absurd stance on both the migrant crisis in Europe and the importance of firearms, but it is no less frustrating as a result. The American people as a whole have been relying on newspapers and journalists to tell them what is truly happening in the world, but it appears as though that becomes less and less feasible with each passing day. The mainstream media is fraudulent to a degree that is difficult to fathom at times; instead of spreading the truth, they purposely ignore it.

Even the slightest amount of research – actual research – will show that The New York Times is ridiculously corrupt. They’re hiding the truth from the American people in order to push an agenda that is patently false. It is patently obvious that the problem in Europe has nothing to do with guns and has everything to do with certain “refugees” that simply want to kill everyone with a different belief system to their own.

Thankfully, the alternative media continues to grow at a rate that the mainstream simply cannot stop. The truth is coming out one publication at a time. Hopefully, we are only a matter of months away from the American people as a whole turning on the likes of The New York Times. When that happens, perhaps the entire world will be a little more informed.