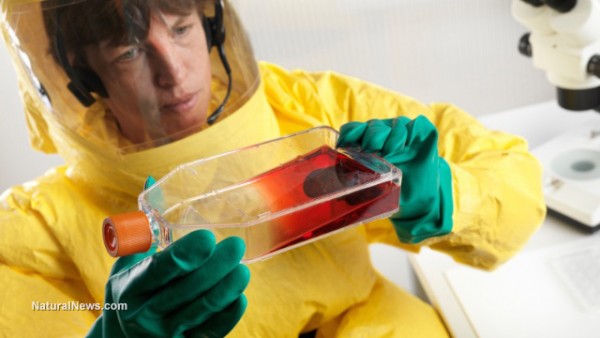 There are more than just a few secrets being kept from the public by the U.S. Centers for Disease Control and Prevention (CDC), where major incidents involving the release of deadly pathogens are being kept under tight wraps. Laboratory incident reports recently obtained via the Freedom of Information Act (FOIA) by USA Today show that, on many more than one occasion, the CDC has actively censored the truth about serious public health hazards, including one time in which CDC scientists lost a box of influenza specimens designated as “deadly and highly-regulated.”

After two years of waiting for the reports, USA Today investigators and journalists were appalled to find that CDC staff had redacted nearly every important detail from each one, effectively withholding information about what has taken place at its various biosafety laboratories. Despite these redactions, it is clear from the reports that the CDC has been involved in a number of incidents where extremely bio-hazardous material has gone missing and important safety equipment has gone awry. (RELATED: Stay informed on infectious disease outbreaks at Outbreak.news)

In numerous instances, the CDC was found to have withheld the details of the types of viruses and bacteria that “escaped” during laboratory mishaps. The agency went even further in other incidences, blacking out entire blocks of text that would have explained what actually occurred in the first place. During the Ebola crisis, an incident involving a CDC worker’s purified air hose suddenly disconnecting, “again,” is also documented.

USA Today is compiling as many of the details of these various heavily-redacted case reports into an ongoing “Biolabs in Your Backyard” investigation, which has already brought to light hundreds of safety incidents that have taken place not only at the CDC and other government facilities, but also at both public and private research facilities, many of which are located at colleges and universities, all throughout the country.

While the CDC has been working tirelessly to keep the details of these many incidents at its labs away from public scrutiny, the cat is already out of the bag. And yet, despite more than 100 labs throughout the country that work with potential bio-terror pathogens having already faced sanctions for major safety violations, little or nothing is being done to address them and protect public health.

Sometimes for years at a time, regulators have allowed labs in violation to continue performing experiments that put not only workers but also the public at risk. In some cases, regulators do not even know which facilities are operating in violation of these failed safety inspections — not even the Government Accountability Office (GAO) knows their identities. (Note: Follow more news on technology gone wrong at Glitch.news)

What was most concerning to USA Today investigators was 503 pages of reports about pathogens that are listed as potential bio-terror agents in the Federal Select Agent Program. These reports were so heavily redacted, the news outlet said, that they looked like “Swiss cheese.” In response, the CDC has claimed that redacting this important information is fully legal, citing an obscure 2002 bioterrorism law.

“[I]n many cases, the CDC blacked-out information from lab incident reports that the agency often promotes when touting its capabilities and accomplishments on its website or in scientific journals, such as the fact that the CDC operates biosafety level 4 labs, the highest safety level, or that it studies specific organisms like the Ebola virus,” USA Today explains.

The CDC insists that none of the incidents where pertinent information was redacted had any negative impact, or caused any illness, among CDC staff or in the public. But this naturally begs the question: why, then, did the CDC decide to redact all these details from the reports in the first place?