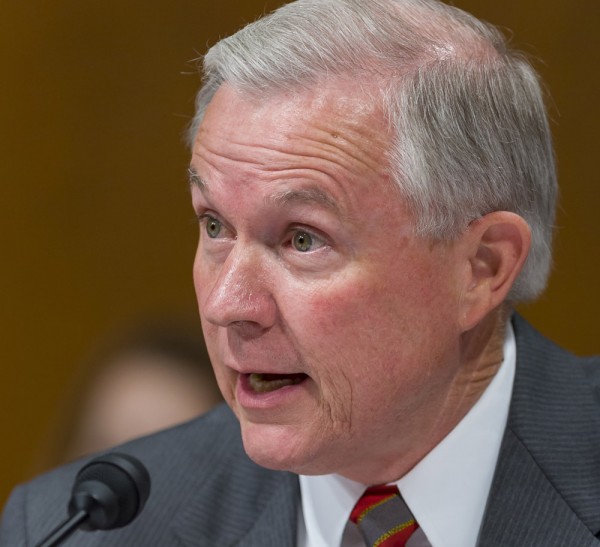 In the latest bit of liberal nonsense, MTV writer Ira Madison III attacked Jeff Sessions for holding his own granddaughter. According to Madison, the child was nothing more than a “prop,” and even went so far as to proclaim that Sessions must have stolen the baby from a toy store.

In a now-deleted tweet, Madison declared, “Sessions, sir, kindly return this Asian baby to the Toys ‘R’ Us you stole her from.”

The tasteless joke, along with Madison’s other commentary about the mixed-race baby, was met with immense backlash. Who picks on a baby?

The child in question is indeed Sessions’ biological grandchild. She accompanied her grandfather and the rest of the family to his confirmation hearing. Apparently, despite her tender age, she is not exempt from the scrutiny of the Left.

Madison, of course, didn’t stop with just a hateful comment about the child being stolen – oh no, he also insinuated that the Alabama senator was merely using his granddaughter as a prop:

Of course, Madison was not the only liberal person to put forth incendiary commentary on Sessions’ appearance with his granddaughter. Apparently, in the eyes of a liberal, no one can ever do anything without some kind of underlying motive – unless of course, you’re one of them. According to the regressive Left, Sessions is incapable of having his family accompany him somewhere without some kind of sinister motive being involved.

While Madison likely received the biggest push-back for his tweets, countless other Left-wing pundits and authors also voiced their disdain for Sessions – surely to show off how non-racist and politically active they are. Nothing screams “activism” like shaming a mixed-race baby on Twitter.

How did MTV respond to their talking head’s controversial tweets? Well, a representative for MTV News reportedly told Business Insider that Madison’s comments didn’t speak for the company. It is worth noting, however, that they declined to answer any further questions, including whether or not the media outlet planned on taking any kind of disciplinary action against the writer.