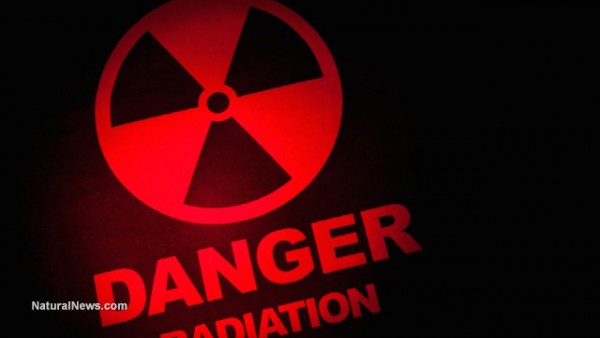 As one of its closing acts before leaving the stage, the Obama administration plans to relax EPA guidelines regarding maximum allowable radiation levels in the nation’s drinking water, increasing them to levels thousands of times above current legal limits.

A federal lawsuit filed by Public Employees for Environmental Responsibility (PEER) led to the release of documents confirming details of the planned “Protective Action Guides” (PAGs) to be implemented, which include the new radically higher maximum allowable radiation levels.

PEER has accused the EPA of jeopardizing public health in favor of public relations.

“Following Japan’s Fukushima meltdown in 2011, EPA’s claims that no radioactivity could reach the U.S. at levels of concern were contradicted by its own rainwater measurements showing contamination from Fukushima throughout the U.S. well above Safe Drinking Water Act limits. In reaction, EPA prepared new limits 1000s of times higher than even the Fukushima rainwater because ‘EPA experienced major difficulties conveying to the public that the detected levels…were not of immediate concern for public health.’”

Although the EPA released its proposed PAGs for public comment, it conveniently neglected to include “all but four of the 110 radionuclides covered, and refused to reveal how much they were above Safe Drinking Water Act limits.”

Only after the PEER lawsuit forced the EPA to release the pertinent documents did it become clear how much the levels were to be increased. Even so, more than 60,000 people had already left comments in opposition of the proposed guidelines on the agency’s website.

The documents obtained by PEER revealed that the EPA plans to raise maximum allowable limits of iodine-131, cobalt-60 and calcium-45 to more than 10,000 times the levels allowed under the Safe Drinking Water Act. Others would be hundreds or thousands of times higher under the new guidelines.

The agency’s justification for withholding the new proposed limits from the public until after the proposal had been adopted was that it wanted to “avoid confusion.”

The EPA deliberately hid the details not only from the public, but also from some of its own staff, according to PEER:

“The documents also reveal that EPA’s radiation division even hid the new concentrations from other divisions of EPA that were critical of the proposal, requiring repeated efforts to get them to even be disclosed internally.”

Even the George W. Bush administration’s attempt to introduce higher limits – a plan that was ultimately withdrawn – was modest in comparison to the levels proposed under the Obama EPA.

On December 1, outgoing EPA administrator Gina McCarthy gave final approval to all of the proposed PAGs – except for the drinking water standards. It’s unclear at this point whether she will actually approve the water section before leaving office, or whether she will leave the issue to the next administration to deal with.

Voice your opposition (before it’s too late)

There appears to be a good chance McCarthy will approve the rest of the PAGs before the changing of the guard, and there is still time to make your opposition to the proposals known.

It’s important to understand that higher allowable radiation limits will take pressure off the nuclear and fracking industries as well, which may be the real motivation for the establishment of the new guidelines – with Fukushima merely serving as an excuse to do so.

“The Dr. Strangelove wing of EPA does not want this information shared with many of its own experts, let alone the public,” said PEER executive director Jeff Ruch. “This is a matter of public health that should be promulgated in broad daylight rather than slimed through in the witching hours of a departing administration.”