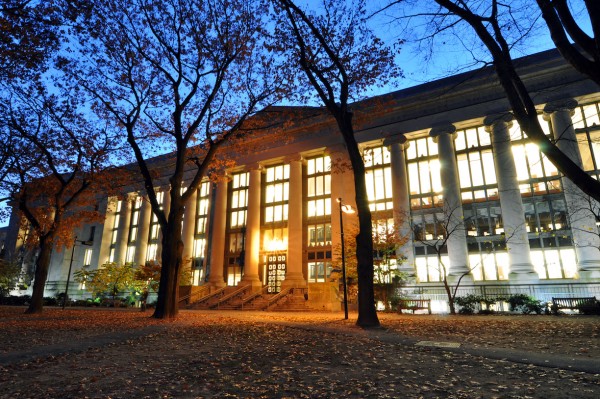 The Regressive Left’s unhealthy obsession with promoting the tenets of Islam continues to grow in an absurd fashion. Harvard Law School has announced a series of paid internships for students to study Islamic law during the 2017/2018 school year. The intention is supposedly to encourage United States policy in regards to Sharia. That, of course, is something that should be concerning to every American who values freedom and liberty.

Thomas D. Williams of Breitbart reports, “Harvard’s SHARIAsource Portal has amassed a digital library of Sharia case law from around the world, with 25 editors from 21 different institutions (6 outside of the U.S.) and 1711 primary sources from 18 different countries. The data includes 902 Sharia court cases, 541 legislative acts and 251 Fatwās.”

There are some serious dangers that come with promoting this kind of behavior. Despite the fact that members of the Regressive Left go out of their way to turn Islam into some holy belief system that has no faults, there are real issues with the manner in which some of the believers of the religion behave. While it is obvious that not every follower of the religion is a radical extremist, there is no denying that there are many Islamic terrorists that are wreaking havoc throughout the world today.

Sadly, the mainstream media continues to do everything in its power to deny the unfair bias in favor of Islam – a bias that ignores the truth and spreads misinformation in order to make the religion appear infallible. That is the reason why what Harvard Law School is doing has been covered almost exclusively by the alternative media; those outlets are the only ones that are brave enough to point out that there could be devastating effects to these fellowships. Everyone else is simply trying to ignore the truth in order to avoid feeling politically incorrect. This happens over and over again, and one would think that by now they would have learned their lesson.

Instead, there is no sign that the Regressive Left has any plans to slow down with its displays of incompetence; it has agendas to push and will continue to push them without even a momentary pause. From the mainstream media to college campuses, Leftists are causing serious damage to the landscape of the United States.

It’s time for the true freedom-fighters of the country to join together in order to promote the truth – the whole truth. We cannot continue to stand by while the love of Sharia law grows in America. We cannot afford that.