Uncensored and Independent Media News
Home
Health Freedom
Second Amendment
Prepping
Survival
Censorship
Subscribe
SHOP
Popular Articles
The ‘mainstream media’ complains about ‘fake news’ but as Trump coverage proves, it either creates it or falls for it ALL the time
01/09/2017 / By JD Heyes / Comments 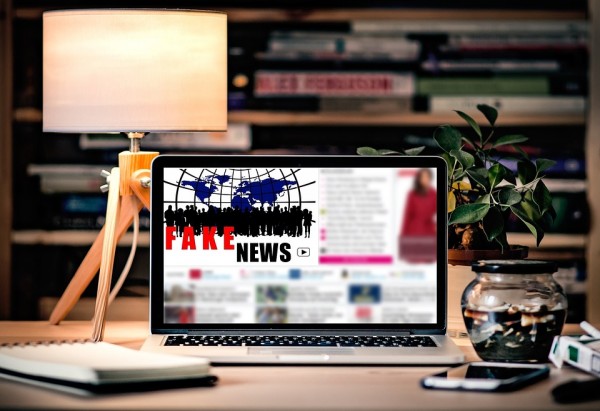 Facebook, Google and other media giants have pledged to root out “fake news” from now on, having allowed themselves to be convinced by the dishonest ‘mainstream media’ that a bevy of Russia-planted “propaganda” in hundreds of legitimate alternative media sites during the recent presidential campaign are what led to the loss of their favored candidate, Hillary Clinton.

That phony narrative has since been wholly discredited, but no matter: Facebook has announced it will partner with some shady “fact-checker” websites like Snopes.com and Politifact.com, as well as news media like ABC News and The Associated Press—all of whom have credibility issues themselves—in order to prevent “fake news” from showing up on their sites.

Of course, all of this nonsense is really just an effort to make official their previous censoring of real media facts they simply do not agree with, because such truth doesn’t fit their narratives, especially when it comes to their attempts at undermining and de-legitimizing the incoming President-elect Trump. In order to create a narrative and make it stick, you have to be able to shut out or shout down any competing information, no matter how factual it is, and that will require 1) outspending your competition; and 2) giving yourself the aura of legitimacy by surrounding yourself with so-called ‘reliable’ sources.

But the reality is, of course, that the mainstream media are the creators of false narratives and the perpetrators of fake news, not the alternative media, which has been consistently accurate in its reporting this campaign season. In fact, here is a list of made-up narratives and phony-baloney reporting this year by the mainstream press as it pertained to Trump, which could not help piling on and serving as an echo chamber for each discredited story:

— ‘The Russians did it’: One of the most recent examples is the Washington Post’s claim that Russia, in a massive psyops operation, flooded hundreds of alternative news and information sites with fake news—“propaganda” aimed at helping Trump defeat Clinton. The paper relied on a single dubious ‘source’ for its report, a shady, never-before-heard-of organization of “experts” who claimed to have some scientific data ‘proving’ that Moscow was behind this effort. But as it was revealed in follow-up reporting by The Intercept and other news outlets, even rudimentary questioning by the Post’s reporter and its editors would have discovered severe discrepancies with the organization—PropOrNot—and the claims it was making.

“[T]he article is rife with obviously reckless and unproven allegations, and fundamentally shaped by shoddy, slothful journalistic tactics. It was not surprising to learn that, as BuzzFeed’s Sheera Frenkel noted, ‘a lot of reporters passed on this story.’ Its huge flaws are self-evident. But the Post gleefully ran with it and then promoted it aggressively, led by its Executive Editor Marty Baron.”

— A ‘Trump supporter’ burned down a black church: Late in the campaign a story broke claiming that a “Trump supporter” or supporters intentionally torched and burned down a black church in Mississippi. Following the initial report a number of ‘mainstream’ media outlets—all wanting to believe it was true because they already believed that Trump himself is a racist—rushed to concur and summarily condemn the GOP nominee (as did Trump’s rival, Clinton, who tweeted that “this kind of hate has no place in America”—which, of course, is true).

What got the media hooked into this story is that the perpetrator(s) spray-painted, “Vote Trump” on the side of the burned out church. But lacking any evidence other than that very circumstantial phrase, the media went with the “Trump supporters are obviously racists” narrative anyway.

The Atlantic, under the headline, “A Black Church Burned in the Name of Trump,” reported that the arson attack was being investigated as a “hate crime,” attempted to tie the incident to rising racism, and claimed that the motivation was for someone to leave “a calling card about politics.”

Reliably Left-wing Vox went all out to pin the blame on Trump supporters. Victoria M. Massie wrote in her piece, “Black churches have always been about more than spirituality. For generations, black churches have served as sources of refuge from and resistance to the racism pervading America’s Christian pulpits.” Uh, okay.

She further claimed that though the perpetrator(s) had yet to be identified, “Trump’s supporters” were “welcoming the confrontation” with minorities, and that the burning was “the latest symbol of some of the country’s worst fears about the spread of violence looming over this year’s presidential election” (violence that, of course, was generated primarily by Left-wing Clinton supporters).

Not to be outdone, the far-Left Southern Poverty Law Center, which has never met a Republican or a conservative it liked or thought highly of, immediately posted news of the incident on their “Hate Watch” site, though again, there wasn’t one shred of evidence or proof that a Trump supporter was responsible. The group even claimed that the burning was an attempt at “voter intimidation.”

And finally, The Daily Beast complained that even a “burned down black church” proves that a “President Trump wouldn’t condemn his own terrorists” (yes, he used the “T” word). “…[W]hen it came to the burning of a black church in his own name, Trump’s little fingers didn’t touch his favorite means of reaching millions of supporters, Twitter. Instead, his campaign issued a boilerplate statement.”

Well, that’s because in the end, as Breitbart news reported, a black member of that very church—Andrew McClinton—was arrested by police and is suspected of being responsible for torching it, all in an effort to feed the false narrative and stereotype created by the real purveyors of “fake news” that Trump and his supporters are racist.

None of these media outlets or the SPLC has apologized or retracted their stories.

— The bisexual girl who was not being ‘harassed by Trump supporters’: Taylor Volk, a DeKalb University senior who has stated publicly she is bisexual, complained in November that she was singled out by a hateful note she said was taped to her door that read, “Back to Hell,” and “#Trump”. She also said she received a pair of anonymous emails that said essentially the same thing, so she “went public” about them on her Facebook page, Chicago’s NBC affiliate reported.

“This is a countrywide epidemic all of a sudden,” Volk said.

“The fact that somebody reached out to do this to her specifically is shocking,” Kelsey Stevens, a North Park senior, added. “I think those who have those feelings have been emboldened by this election.”

But after a short investigation of Volk’s claims, the university’s own president himself found them to be a hoax, as The Daily Wire reported. Again, no retraction.

— Phony slurs, attacks, on more college campuses: We know that Left-wing academics have convinced students they need “safe spaces” on campuses, because…conservatives and Trump. So there have been no shortage of false complaints that racial and homophobic slurs have allegedly been committed by a host of Trump supporters.

Except they haven’t been.

As Campus Reform reported in mid-November, a young Muslim woman told school officials at the University of Louisiana-Lafayette that two white males wearing “Donald Trump clothing” assaulted her and stole her hijab.

“The ACLU of Louisiana is outraged at the news of a young Muslim woman being assaulted and robbed of her hijab in Lafayette yesterday morning,” the organization said, adding that “the report that her attackers also shouted slurs and wore Donald Trump clothing is especially troubling in light of Mr. Trump’s frequent use of anti-Muslim rhetoric on the campaign trail.”

But it never happened. Within hours, university police determined the entire incident was a hoax.

There have been other reports and other hoaxes as well, such as the student at Villanova University who claimed she was attacked by Trump supporters, but turns out she declined to press charges.

Then again, some Left-wing academics are actually calling for Trump supporters to be expelled from their campuses, citing a plethora of stereotypical reasons while offering no evidence at all that they are making problems or threatening other students.

There is no question that the recently-ended presidential campaign was one of the most contentious in recent history. But what is also true is that one nominee—Trump—was savaged and lied about repeatedly by false reports that the discredited mainstream media leapt to cover, without checking sources, facts and details.