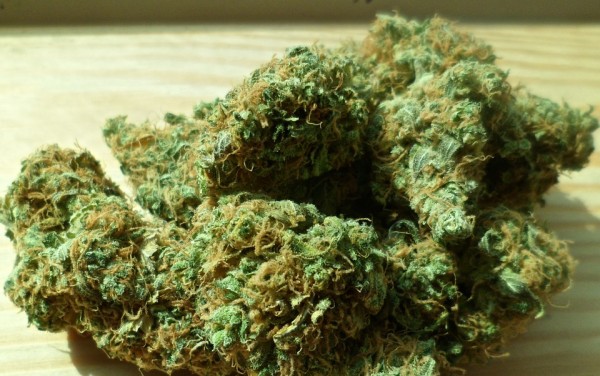 Over the past few years, the United States has taken great strides towards legalizing marijuana nationwide, but we aren’t the only country moving in that direction.

Around the world there is a growing push for the legalization of medical and recreational cannabis, especially as the therapeutic value of the plant becomes more widely documented and acknowledged by the medical and scientific community.

Currently, Uruguay is the only nation that has completely legalized cannabis for recreational and medical use, but several other countries have decriminalized marijuana use, and in some, medical and/or recreational marijuana is either already legal or legalization is under consideration.

More than 20 countries are now introducing legislation allowing either medical or recreational cannabis use; in 2017, Canada plans to legalize and regulate both.

“Ireland, Australia, Jamaica and Germany approved measures this year for its medicinal use, while Australia also granted permission for businesses to apply for licenses to manufacture or cultivate marijuana products for medicinal purposes and to conduct related research. Decisions are still pending in South Africa.”

Because legalization is such a new issue – there are few road maps in terms of regulation, taxation and public safety, for example – other nations are looking to the United States and other countries where the herb is already legal or decriminalized as examples, and are carefully monitoring how things are working out there.

So far, the experiments have been working. In the United States, legalization has largely proven to be a success. States like Colorado, for example, have seen dramatic tax revenue increases and a decrease in drug-related crime. And there have been surprising and unexpected benefits as well, such as the fact that traffic fatalities in many states have dropped significantly since legalization went into effect.

As in the United States, where marijuana laws differ from state to state, marijuana policies abroad also differ from country to country, but with the same general results. In other words, countries that have either decriminalized or legalized cannabis have seen positive results.

An interesting example is Portugal, which in 2001 decriminalized all drugs for personal use. Since then, that country has seen crime and hard drug addiction rates drop dramatically, proving that decriminalization works – and not just for marijuana use.

The truth shall prevail

Decades of drug war propaganda brainwashing is slowly beginning to wear off, particularly as new scientific evidence pours in documenting the nearly-miraculous properties of cannabis in treating a wide range of conditions.

Videos showing Parkinson’s sufferers and children with epilepsy obtaining instant relief from their symptoms after taking a few drops of cannabis oil are going viral, and after watching such videos it’s difficult to imagine anyone being opposed to the use of cannabis as medicine.

And so, as the blinders come off and the truth about cannabis becomes more widely disseminated, governments and citizens throughout the world are beginning to embrace the fact that marijuana is not a dangerous substance that should be outlawed. In fact, its use is beneficial and should be made completely legal, without any accompanying social stigma or criminal penalties.

At this point, the only people who oppose legalization are the ones who have either been duped by decades worth of “war on drugs” rhetoric, or those who continue to profit from cannabis prohibition, i.e. law enforcement agencies, drug cartels and industries like Big Pharma and for-profit prisons.