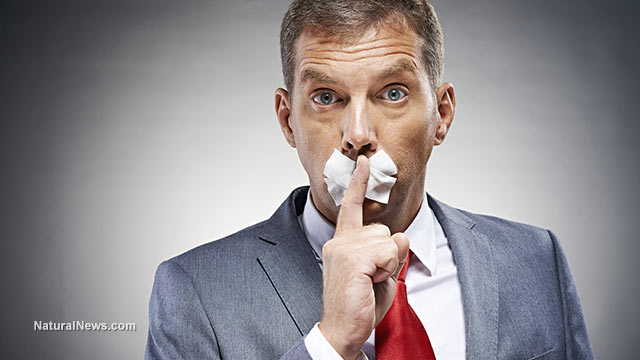 We really have reached the point where everything that’s run by the political left has devolved into a parade of delusional paranoia. Whether it’s man-made “climate change,” the purely imagined “KKK hate crimes” epidemic, or the hilarious delusional conspiracy theory about Russians “hacking the election,” everything the left has come up with in recent memory is rooted in sheer fiction (if not slobbering mental illness).

The latest laughable attempt at creating a Russian boogeyman to scare all the little leftist snowflake children has arrived in the form of a US intel report released Friday. Titled, “Assessing Russian Activities and Intentions in Recent US Elections,” the report is so laughably devoid of a single shred of credible evidence that actual journalists all across the world are rolling on the floor with hysterical laughter.

“Every time IC repackages its same assertions in a new form, media acts like it’s been proven, even though it – again – includes no evidence,” Tweeted one of the few remaining independent journalists on the planet, Glenn Greenwald.

Every time IC repackages its same assertions in a new form, media acts like it's been proven, even though it – again – includes no evidence: https://t.co/C5yRsZsJbS

In another tweet, Greenwald followed up with, “It’s shocking how much this report was hyped and how literally no effort was made to include *any* evidence at all.”

In response, left-wing trolls on Twitter accused Greenwald himself of “working for the Russians.” (That’s now the excuse the everything the left doesn’t like. Must be the Russians!)

In essence, a tiny number of Obama puppets inside the CIA and FBI just “made s##t up” and then tried to pass it off as legitimate intelligence. The laughably hysterical document — widely and blindly repeated everywhere in the obedient but mindless left-wing media — is nothing more than a circle jerk rehash of delusional conspiracy theories.

Notably, there isn’t a single piece of actual evidence found in the entire report.

The report spends much of its time covering RT, a media organization funded by the Kremlin: “RT’s coverage of Secretary Clinton throughout the US presidential campaign was consistently negative and focused on her leaked e-mails and accused her of corruption, poor physical and mental health, and ties to Islamic extremism,” says the report.

In other words, anyone who was critical of Hillary Clinton was obviously working with the Russians, right? Never mind that she was an unlikable, deeply corrupt, criminal-minded mob boss with an obvious neurological disorder who pre-sold the White House to foreign interests.

Opponents of fracking are also working for the Russians, you see

It gets even better. The report also implies that environmentalists and opponents of fracking are working for the Russians, too. (Yes, I know. It’s just beyond hilarious.)

According to the CIA, then, everyone is working for the Russians. Except, not Hillary Clinton, we’re told, even though she was the U.S. Secretary of State who approved the Russian takeover of U.S. strategic uranium mines… a convenient fact the lying left-wing media refuses to report.

If you can stop laughing, consider the fact that the left-wing media takes this bogus intelligence report as “fact” even though it is completely devoid of any evidence. The entire thing is nothing more than Obama sycophants ginning up scary bedtime stories to tell each other, then labeling it all “intelligence.”

In truth, there’s no intelligence to be found in the report at all. It’s so devoid of facts, evidence and sources — but rife with opinions, conclusions and “analysis” of opinions — that the whole thing should probably be renamed Tour de Farce: The CIA’s Drug-Induced Assessment of Make-Believe Threats to the Kingdom of F##ktardia.

In conclusion, the report wildly discredits the CIA, FBI and NSA with its cringe-worthy (and obviously politically biased) “analysis” that reads more like twisted, drug-induced paranoid delusions than meaningful intelligence. The very first thing President Trump should do after being sworn in, obviously, is to drain the swamp at the CIA and remove every single analyst churning out this paranoid hogwash.