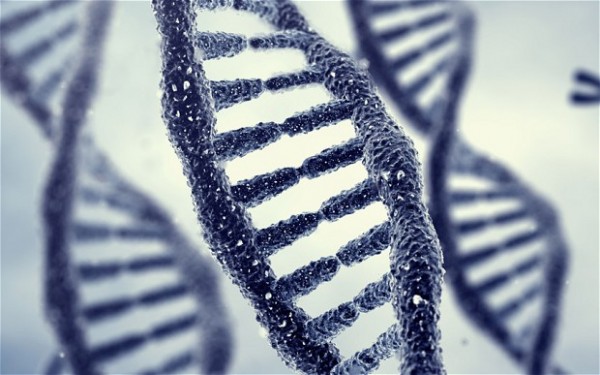 The biotechnology technique known as CRISPR has brought down the costs of genetic engineering by 99 percent and slashed the time required to create new modifications to a matter of weeks. And while Frankenfood companies such as Monsanto are already eagerly pursuing this technology in their efforts to gain more control over the food supply, the most wide-reaching effects of this new technology will probably lie in the medical arena.

CRISPR and associated “gene editing” technologies have come under fire for many of the same reasons as traditional genetic engineering, but now Dr. Jim Kozubek has raised a new concern: CRISPR may actually enable doctors to eliminate certain neurological and psychiatric “diseases” that have actually been the key to producing many of humanity’s great minds throughout history.

Kozubek is author of Modern Prometheus: Editing the Human Genome with Crispr-Cas9.

Can mental “illness” be a gift?

CRISPR is short for CRISPR/cas9, itself an abbreviation for Clustered Regularly-Interspaced Short Palindromic Repeats/CRISPR associated protein 9. The technique works by using a special RNA strand to guide a DNA-splicing protein to a particular site on the genome. It can be paired with other techniques to insert new DNA into the site where the old code has been removed.

Scientists are already investigating ways to use CRISPR to eliminate various human diseases.

“Before we begin modifying our genes with gene editing tools such as Crispr-Cas9, we’d be smart to recall that genetic variants that contribute to psychiatric conditions may even be beneficial depending on the environment or genetic background,” Kozubek said.

“Thomas Edison was ‘addled’ and kicked out of school. Tennessee Williams, as a teenager on the boulevards of Paris felt afraid of ‘the process of thought’ and came within ‘a hairsbreadth of going quite mad,'” Kozubek said.

According to Kozubek, the idea of editing “genetic disease” out of the human population reflects a poor understanding of evolution.

“Scientists tend to think of variations in life as problems to be solved, deviations and abnormalities outside of a normal curve,” he said.

“In reality, Darwin showed us that evolution does not progress toward an ideal concept or model, but rather is a work of tinkering toward adaptation in local niches.”

Kozubek’s comments come in the context of the United States and China both having announced the world’s first clinical trials on CRISPR in humans, with the United Kingdom expected to follow close behind.

In the Chinese trial, already underway, a man was injected with immune cells that had been taken from his body and modified, with CRISPR, to attack his lung cancer. The team plans to perform the same intervention on another nine people, and monitor them for six months. This will be followed by other Chinese trials on CRISPR-modified treatments for bladder, prostate and kidney cancers.

In the United States, the trials are focused less on the effectiveness of CRISPR cancer treatments and more on their safety. Human participants will be injected with immune cells taken from their body and then modified to seek and destroy cancer cells, hide from cancer cells that will destroy them. Another edit is intended to prevent other immune cells from interfering with the process.

Critics have warned that contrary to the promises of the biotech industry, CRISPR editing has a very high error and mutation rate, and does not confer particularly precise control over the biological outcomes of the gene “editing.”

Another major danger posed by the ease of CRISPR editing is the allure of making modifications to human sperm, eggs or embryos. These “germline” modifications are able to affect every organ in the body and can be passed on to future generations — making their overall effects nearly impossible to know ahead of time.