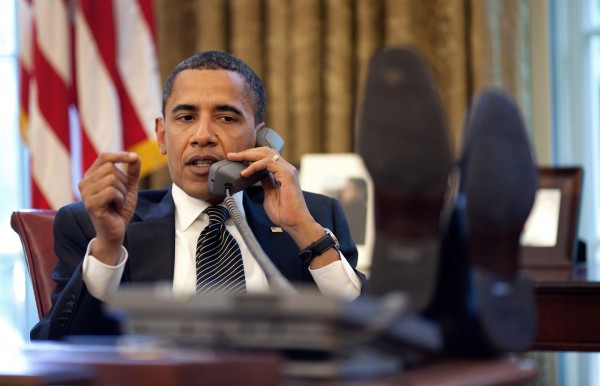 (BigGovernment.news) In a desperate bid to keep his massive regulatory regime largely intact, President Obama may be directing the federal bureaucracy to launch legally dubious “midnight litigation” against several American business interests, a coalition of conservative groups is warning in a letter to the incoming Trump administration.

It has come to our attention that a number of Departments and independent agencies are working furiously behind closed doors to bring significant, legally tenuous litigation against American business interests before January 20, 2017.  Doing so will saddle the Trump Administration with having to litigate cases based on job crushing liberal legal theories.  Such “midnight litigation,” particularly litigation that does not concern imminent threats to health or safety, must receive the strictest of scrutiny from the transition, and we urge the new Administration in the strongest possible terms not to treat such litigation with deference.

The groups noted that Congress has some oversight authority when it comes to so-called last-minute regulations within the parameters of the Congressional Review Act, legislation that gives the Legislative Branch authority to repeal rules and regulations rushed through in the final months of a presidency, as Obama has done. Any repeal by Congress would have to be signed by the president, which Obama won’t do but which Trump certainly could do after he is formally inaugurated Jan. 20.

But beyond that, the groups are also urging Pence to advise Trump to order the agencies to drop their litigation:

We have long been concerned about “midnight regulation” – regulations promulgated in the waning days of a lame duck administration.  Because of this concern, Congress enacted the Congressional Review Act, which provides Congress procedural tools to disapprove expeditiously these last ditch midnight regulations.  Congress, however, has no authority over litigation brought by the Executive Branch, and it will be incumbent upon the Trump Administration to decide whether to continue to pursue such cases.

Obama continues to lay traps and plant political land mines for the incoming administration, because he’s petulant and arrogant. But the Trump transition team is no doubt keeping track of them and already figuring out ways around them. This is just one more in a series of traps that President Trump and his team will have to navigate.