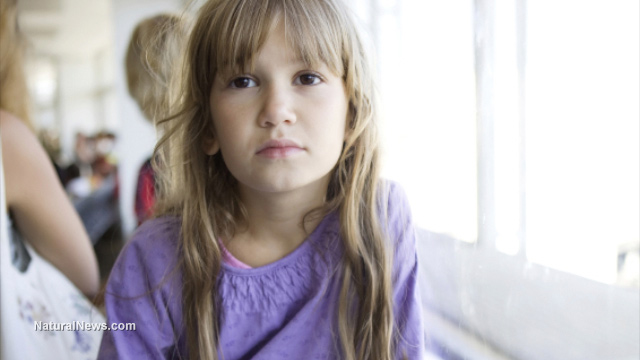 Our world is so twisted today that “fake news” is deliberately written by the Washington Post and New York Times to sound like it’s real, but real news is so bizarre that it seems fabricated at first glance. Such is the case with California’s new law — SB 1322 — that officially legalizes child prostitution beginning January 1. “SB 1322 decriminalizes prostitution charges for minors,” explains a press release from California lawmakers (link below).

SB 1322, entitled “SB-1322 Commercial sex acts: minors”, spells it out in plain language: (click here to read the text of the law yourself)

SB 1322 was signed into law by Gov. Jerry Brown on September 26, 2016. “Instead of being treated as criminals, youths to get supervision and counseling services,” explains a government press release.

The law does not legalize adults soliciting sex with children, of course. Instead, it decriminalizes children and teens who engage in prostitution themselves. The idea, according to California lawmakers, is that such children should receive “counseling” instead of criminal charges.

Notably, there is no age limit on how young a legalized prostitute can now be, meaning that even children as young as 12 years old can legally sell their bodies for sex under California law. Or even nine year olds!

Gov. Brown, by the way, is the same politician who also signed SB 277, the “vaccine mandate” law that causes young African-American boys to be neurologically damaged and made autistic. That link has already been publicly admitted by a top CDC scientist.

Prostitution is still a crime if you’re 18 or older, but it’s legal if you’re 17 or younger… huh?

Now, thanks to Gov. Brown, 17-year-old boys and girls in California have legal immunity to engage in open prostitution. But when they turn 18, suddenly they’re criminals.

Meanwhile, prostitution “clients” are considered rapists or sex offenders if they engage in sex acts with children under the age of 18. So now, according to California’s totally insane Governor and legislature, 17-year-old prostitutes can openly stand on street corners and sell their bodies with complete legal immunity… all in the name of “compassion” from a “safe space” California culture that has gone so far off the deep end, the rest of the country desperately hopes #CalExit will succeed.

Governor Jerry Brown even brags about legalizing child prostitution, saying it will “stop the exploiters and help the exploited.” No one outside the fairy tale land of Collapsifornia understands how that logic works. If prostitution is legalized for children, how does that “stop the exploiters” who would then rush to recruit under-age children to serve as sex workers with the benefit of legal immunity?

If California really wants to stop the exploiters, why doesn’t the state just legalize all consenting acts between adults and stop criminalizing adult prostitution altogether? To maintain the criminality of sex acts between adults while legalizing sex acts sold by minors seems so completely insane that it could only come from a place like Collapsifornia — a delusional bubble of artificial reality run by Big Brother meddlers and an endless parade of do-gooder nanny state libtardocrats who still haven’t learned a single thing about why “good intentions” alone are never enough.

“The unintended but predictable consequence of how the real villains — pimps and other traffickers in human misery — will respond to this new law isn’t difficult to foresee,” writes the Washington Examiner. “But legalizing child prostitution will only incentivize the increased exploitation of underage girls. Immunity from arrest means law enforcement can’t interfere with minors engaging in prostitution — which translates into bigger and better cash flow for the pimps. Simply put, more time on the street and less time in jail means more money for pimps, and more victims for them to exploit.”

As Alameda County District Attorney Nancy O’Malley, a national leader on human trafficking issues, told the media, “It just opens up the door for traffickers to use these kids to commit crimes and exploit them even worse.” Another prosecutor insightfully observed that if traffickers wrote legislation to protect themselves, it would read like SB 1322.

In other words, California legislators, via a Democrat supermajority, just passed exactly the type of law that child sex traffickers would have written themselves if they ran the legislature. Come to think of it, maybe they do!

Thank goodness California also passed SB 277, the vaccine mandate law, because otherwise all those child prostitutes might spread the flu to their paying sex partners. Yep, that’s California’s health code for you: Vaccinate all the children before you send them onto the street corners as legalized prostitutes.

Glad to know California has its priorities straight.