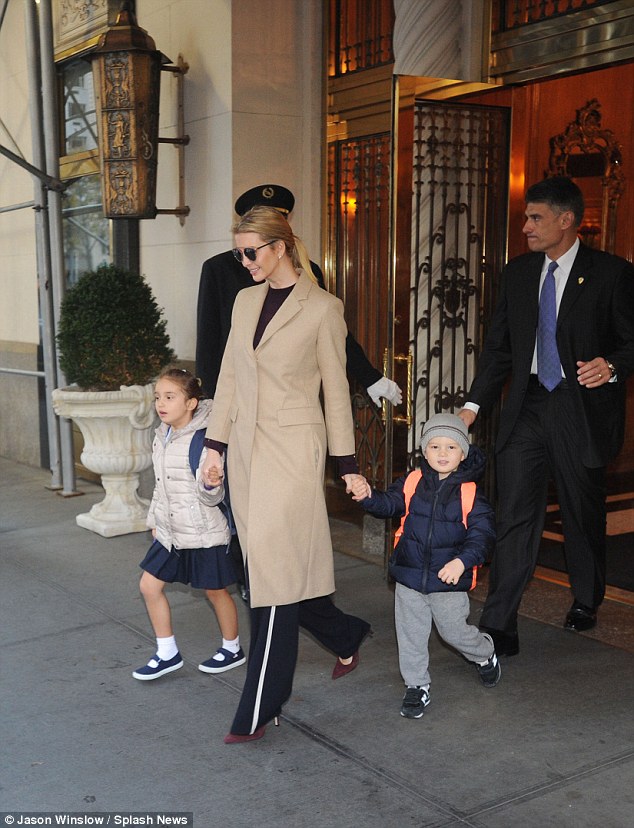 (Freedom.news) Those on the political Left like to pretend that they have cornered the market on human qualities of inclusiveness, tolerance, and equality, but in reality they are biggest hypocrites on the planet when it comes to those traits.

This was on display once again recently as a gay man upset that Donald J. Trump won the White House thought he could take out his anger on the president-elect’s eldest daughter, Ivanka.

As reported by the Daily Caller:

A man was kicked off of a JetBlue flight after he verbally harassed Ivanka Trump.

According to TMZ, Donald Trump’s daughter, her husband and their three children had boarded a flight out of John F. Kennedy International Airport in New York on Thursday and were sitting in coach when a — who was holding his own child — started yelling at her about her father.

“Your father is ruining the country,” he reportedly said. “Why is she on our flight? She should be flying private.”

When he was later escorted off the plane by a flight attendant, the man screamed, “You’re kicking me off for expressing my opinion?!”

Another passenger who was on the same flight said Ivanka ignored the man as he accosted her and “distracted her kids with crayons.” Her children are five, three and nine months old.

The obvious question is, “Where was the Secret Service?” They were there; one report said they chose to let the flight crew handle the situation, which is a story in and of itself; maybe the president-elect will remind those agents they are there to protect his daughter, not sit idly by and watch the show as while some jerk berates her.

In any other circumstance–that is, not being on an airplane, where even a minor scuffle could result in a felony charge and conviction–it’s likely someone would have stepped up and bitch-slapped this jerk, which is what he deserved for trying to bully Ms. Trump in the presence of her children, no less. But beyond that, this is just another example of liberal intolerance. Leftists like this–he’s Dan Goldstein, a gay lawyer from Brooklyn, by the way–epitomize hate and institutionalize bigotry and injustice. He feels entitled to berate Ms. Trump simply because he doesn’t like her or her father–the latter of whom, by the way, hasn’t done a damned thing yet because he hasn’t even taken office. That’s the kind of reasoning that passed for logical thought on the Left; because they feel a certain way, they are “allowed” to act on those feelings.

And conservatives are troglodytes anyway, so they “deserve” it. But can you imagine someone accosting Mrs. Obama and her children on a flight sometime in the near future, after they leave the White House? Of course you can’t.

Here’s hoping that the next time some ass thinks he has “the right” to accost one of the president-elect’s children a) he gets body slammed by the Secret Service and hauled away; b) he gets body slammed by a Good Samaritan and hauled away; c) both. Liberals won’t stop being haters or jerks, so there’s really just one way to deal with them–especially when they’re cowardly males accosting a mother and her kids, thinking they have the liberty to do so.