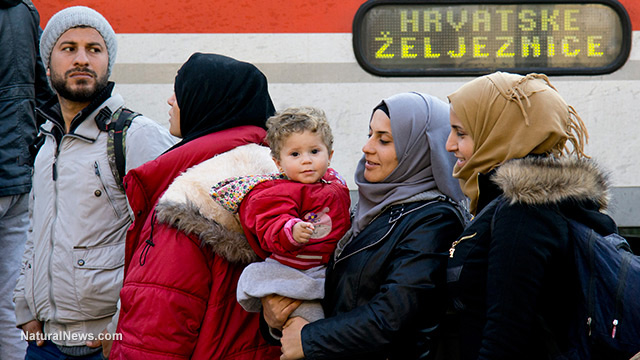 According to the State Department’s interactive website, Somali refugees have been arriving in the United States at the highest rate ever during the beginning months of the 2017 fiscal year. A total of 2,775 Somali refugees have arrived in the United States between October 1, 2016, and December 7, 2016. This new staggering rate is more then 30 percent higher than the previous record for that time period, although the State Department’s interactive website only shows data from fiscal year 2002 up until the present.

The number of Somali refugees that have entered the US in the 2017 fiscal year are almost double what the figures were from 2016. Since 2002, a total of 100,246 Somali refugees have resettled on the US, 99.9 percent of which are Muslim.

If the refugees come pouring in at the same rate for the duration of the fiscal year, the US will take in almost 15 thousand Somalis by September 30, 2017. That would make for the highest total since 2004, when 12,892 Somali refugees resettled in the US.

According to a Princeton University paper, the first Somali refugee arrived in the US in 1986. That number jumped to 43,000 by 2003. In that 15-year period the US took in an average of just under 3,000 per year, with a peak in 1996 when nearly 6,500 Somali refugees were admitted. The number of Somali refugees reached in the first two months and 7 days of the 2017 fiscal year is almost as high as the annual average from the first 15 years of admittance.

What are the top five US destinations for Somali refugees who have arrived in America since the beginning of Fiscal Year 2002? Minnesota ranked the highest with 16,052 resettled in the state. Ohio came in a distant second place with 7,677. Texas ranked third with 7,216, New York ranked fourth with 6,408 refugees, and Arizona rounds out the top five with 5,819 Somali refugees that have resettled in the state.

The 2017 fiscal year destinations show Minnesota still number one taking in 346 thus far. Kentucky has replaced Texas on the short-term top five, while all other states remain on the list.

When Donald Trump is inaugurated on January 20, 2017, we are likely to see a change in the influx of Somali refugees resettling in the United States. Trump has declared that he will temporarily pause refugee re-settlements from countries that are hostile to the US.

The US is currently home to the largest number of Somali migrants in western countries. The United Kingdom is the second largest followed by Sweden, Netherlands, Norway, and Canada.