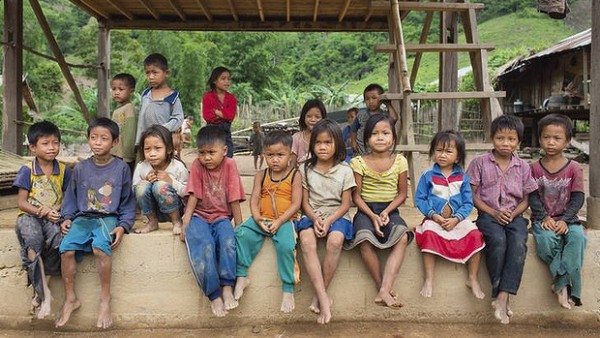 Palm oil is the world’s most popular vegetable oil, but it also happens to be one of the most destructive household ingredients on the planet. Today, palm oil and palm-based ingredients are used in around half of everyday consumer products. Ranging in everything from cooking oil, packaged bread and chocolate, to shampoo, lipstick and laundry detergent, palm oil seems to be everywhere we look.

This cheap and popular vegetable oil, however, comes at a high environmental cost. The palm oil industry has been found guilty of environmental, animal, child labor and human rights violations. Its rapid expansion has led to extensive deforestation, destruction of pristine rainforests and animal cruelty. Each hour, an area the size of 300 football fields of rainforest is cleared to make way for palm oil production, pushing many species to extinction.

For this reason, many corporations have become members of the Roundtable on Sustainable Palm Oil (RSPO), promising to source their palm oil from certified, sustainable sources.

Nine global firms – AFAMSA, ADM, Colgate-Palmolive, Elevance, Kellogg’s, Nestlé, Procter & Gamble, Reckitt Benckiser and Unilever – all use palm oil produced by Wilmar in their products. As reported by Amnesty International, all but one of these companies are members of the RSPO. Even though these companies assure their customers that they use sustainable products, they do not deny that the abuses are taking place, nor are they acting to deal with child labor or exploitation issues in Wilmar’s operations.

Meghna Abraham, senior investigator at Amnesty International, said that there is something horribly wrong when nine companies are turning over a combined revenue of $325 billion while they are unable to do something about the barbaric treatment of palm oil workers earning a pittance.

“There is nothing sustainable about palm oil that is produced using child labour and forced labour. The abuses discovered within Wilmar’s palm oil operations are not isolated incidents but are systemic and a predictable result of the way Wilmar does business,” she said.

About the child labor and human rights abuses

Amnesty International spoke to 120 workers, including children, who work on palm plantations in Kalimantan and Sumatra in Indonesia. What they heard was just mind-boggling. Workers are forced to meet ridiculously high targets with more physical labor than the worker can bear. Often, they are told that they won’t get paid if they don’t meet their daily goal. Fearing the loss of their income, many children drop out of school to help their parents at work.

In the report, Amnesty International alleged that kids as young as 8 are forced to work without safety equipment, in an environment full of hazards including exposure to chemicals, toxic fire smoke and falling branches. Furthermore, these kids regularly have to carry sacks of palm fruit weighing up to 55 pounds (or 25 kg).

“I don’t go to school … I only pick up the loose fruit. The hardest thing is to gather the loose fruit because they are heavy. My hands hurt and my body aches,” said a 10-year-old boy.

Another 14-year old boy who harvests and carries palm fruits on a plantation told Amnesty that he had to quit school when he was 12 because his father was sick and unable to meet his work targets, adding that his 10- and 12-year-old siblings also work on the plantation after school to help meet his dad’s goals.

Furthermore, palm oil workers are regularly exposed to air pollution from forest fires, as well as toxic chemicals used in fertilizers, pesticides and weed killers. The report also highlights a discriminatory pattern of hiring women as casual daily laborers. These women are often threatened by foremen and are denied permanent employment or social security benefits such as health insurance.

Help stop these barbaric conditions and say no to palm oil. Read food labels and opt for coconut oil and organic cosmetics instead.