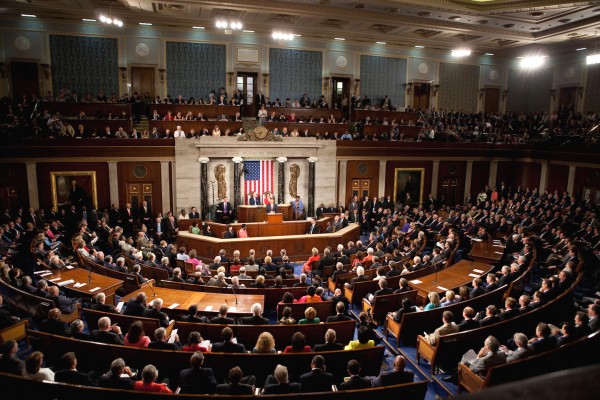 Shortly after Donald Trump became the president-elect of the United States, the phrase “drain the swamp” became a common statement. With such an unconventional candidate winning the hearts of the people to the point where they selected him to be the leader of the free world, many people were left hopeful that a lot of changes would be made in Congress and with the entire political system.

“Draining the swamp” meant getting rid of the politicians that had held office for far too long – the people who had gotten way too comfortable in their positions and were no longer behaving in behalf of America’s best interests. It is no longer a healthy relationship to be in. Things need to change desperately in many respects, but enabling term limits is definitely one of the most important.

David A. Lieb of the Associated Press reports, “During the past three years, eight states have passed resolutions calling for a convention that would go beyond a balanced budget amendment to include other fiscal restraints, term limits for Congress and federal officials, and unspecified restrictions on federal power. Though still far from the two-thirds threshold, supporters of those causes believe the Republican rise to power could help their movement grow rapidly.”

It’s unfortunate that the political system has the ability to infect people in a way that seems to suck all the integrity out of them, but that is historically what it appears to do. Politicians that take office become more concerned with being reelected than actually working on behalf of the American people. This becomes a major problem, because they then morph into career politicians who spend their entire lives in Congress.

With all of the new changes that are coming to the United States, there is no better time than now for term limits for everyone in Congress to come into play. Donald Trump has hinted that this is one of his goals as president, but this is one that is easier said than done. Should he not make an executive decision to enact term limits, this would be extremely difficult to pass through Congress. After all, the people voting on this would be the ones directly effected by it – and would almost definitely say no.

We should all be hopeful for change, but we definitely need to demand such change as well. It is time to drain the swamp – once and for all.