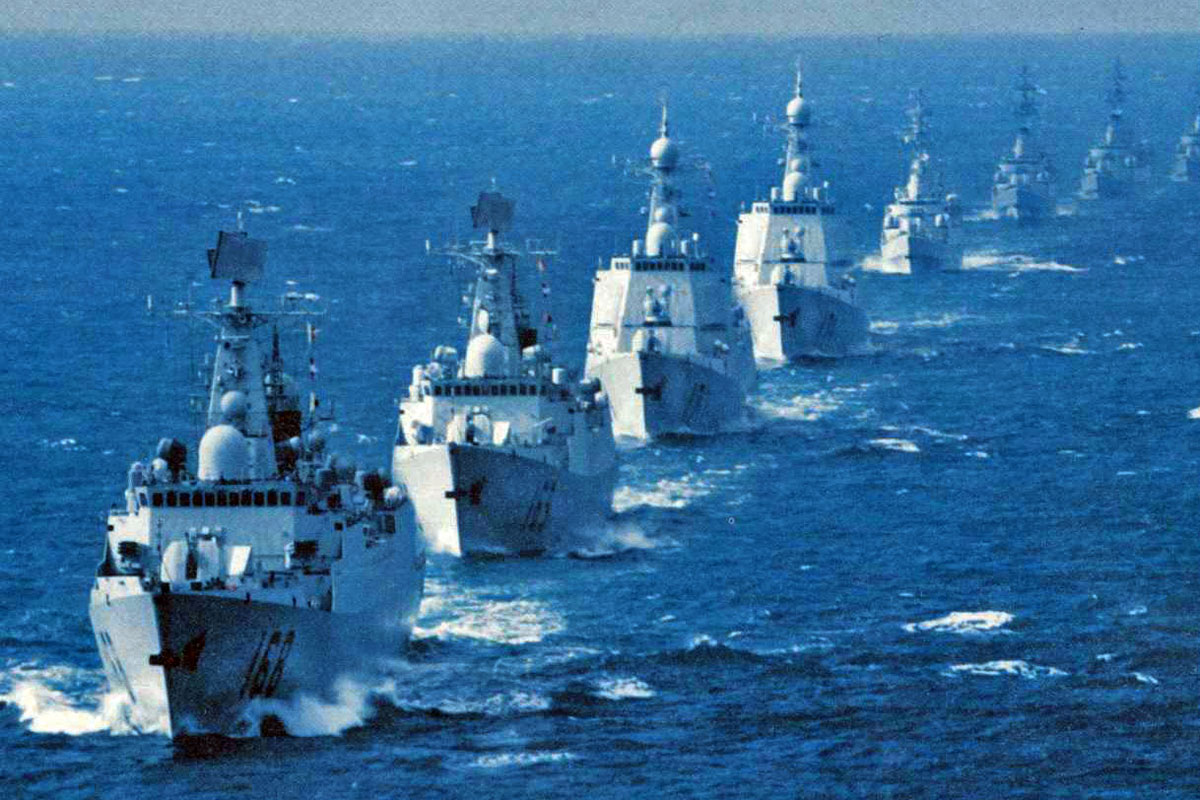 (NationalSecurity.news) Late last week China made yet another bold move in the South China Sea: Sailors from a Chinese warship blatantly stole a U.S. naval undersea drone in plain view of the American sailors aboard the USNS Bowditch, then proceeded to lecture Washington about its operations in waters that Beijing claims that are international in nature and hundreds of miles off of the Chinese mainland.

The theft of the U.S. drone comes after news that China has also placed defensive weapons on several of its man-made islands that sit astride one of the most lucrative trade routes in the world.

And if you’re only consuming so-called “mainstream media,” then you’ve no doubt been told that all of this is President-elect Donald J. Trump‘s fault, all because he took a congratulatory phone call from the president of Taiwan shortly after his Nov. 8 election win over two-time loser Hillary Clinton. That angered China, you see, since it allegedly broke the long-time “one China” policy observed by the United States–the point being they were then justified in taking the drone.

To be blunt, you should disregard the accusation and that loony assertion because neither one is true. No foreign power is ever justified in stealing U.S. property, especially when it is being utilized in international waters, as they have been recognized for centuries.

Yes, the U.S. has observed a one-China policy since 1979, when Washington switched its official recognition of “China” from Taipei to Beijing. Yes, the U.S. does not officially recognize Taiwan as an independent state, even though it definitely is. In fact, even the U.S. State Department acknowledges a “robust” relationship with Taiwan, which lists the United States as its second-largest trade partner.

But no, this is not Trump’s fault. This is the Obama administration‘s fault, because it has shown nothing but abject weakness in the face of a rising China and deference to the increasingly aggressive nature of Beijing’s posture throughout Asia–so much so that long-time, traditional U.S. allies are beginning to abandon Washington and defer to Beijing.

For the past eight years President Obama has sat idly by while China hacked U.S. systems, built fake islands (then militarized them), and dictated economic and trade terms to us and the rest of the world. It’s no wonder long-time allies like the Philippines are cozying up to the Chinese; they favor alliances with strong partners who are willing to stand with them in defense of their national interests, not weak ones who show no desire to confront aggression when they see it on their own doorstep.

The mainstream media and Left-wing academia in the world of foreign policy are going to spend the next four-to-eight years blaming Trump for everything that goes wrong in the world–and some of that blame likely will be appropriate. But to lay this drone incident at Trump’s feet is simply disingenuous and highly partisan.

For these kinds of incidents to cease, it will take a major reassertion of U.S. strength and commitment to Asia and our allies in the region. The Trump administration will have to make it crystal clear from the outset that the new president is in no mood to continue with the policies of pacifism in the face of growing aggression. China must know that any future acts of aggression–against U.S. assets or U.S. allies–will be met head-on with U.S. resolve.

And frankly, based on the hawkish, no-nonsense national security and foreign policy team Trump is assembling, he is making it plain that future aggression by China and other adversaries will be neither ignored or tolerated.

This isn’t about “warmongering,” it is about asserting and defending U.S. national interests in the same way any great power does. China is rising, there is no question about this. But its rise should not come at the expense of a loss of U.S. power and prestige.

The Obama administration has left a foreign policy mess–the Middle East afire, the most tension with Russia since the Cold War, and a China that thinks it can bully its way into dominance in Asia. Trump and his incoming administration will have to clean things up and set things right, but it’s pure partisan hackery to pin the blame for any of that on him.