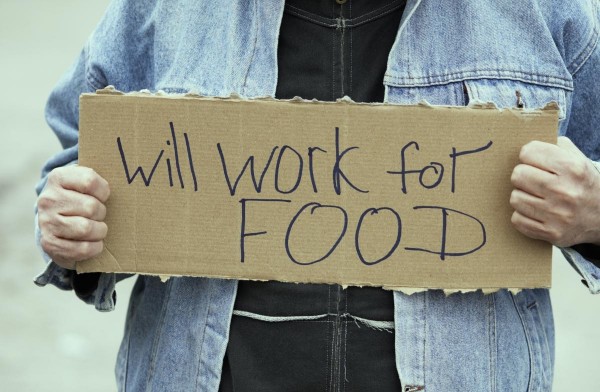 Left-wing Democrats claim to have cornered the market on compassion, regularly accusing conservatives and Republicans of being mean-spirited, lacking in compassion and selfish.

The reality is just the opposite, however: It is liberals who are devoid of true compassion. They only hand it out in metered doses and only to favored people.

That much is apparent in Democrat-run cities that are now banning residents from helping the homeless, and then fining them if they do anyway.

Fine would ruin church for good

But, as reported by DC Clothesline, officials in a Maryland community have now criminalized offering help to the homeless. One church in the town of Dundalk may now have to shut down, after being fined $12,000 for assisting the homeless – which is more like a Christian duty, actually.

The Patapsco United Methodist Church offered safe haven for the homeless, until a disgruntled Grinch of a neighbor decided that the church’s aid to the homeless was hurting his business.

“I showed up [one recent morning] to find a citation on the door that said we’re going to be fined $12,000 and have a court date because we have unhoused homeless people sleeping outside the church at night,” Rev. Katie Grover of the church told a local ABC affiliate.

The church’s court date has been set for Dec. 21 – just days before Christmas, ironically enough – for violating city code, which involves homeless men, women and children sleeping outside church doors because they feel safe there and have nowhere else to go.

The citation from city bureaucrats was for operating a “non-permitted rooming and boarding house.” However, Grover rejected that, saying that the rule did not apply because she was not being paid any rent and the church was not receiving any compensation at all for the right to stay.

Grover said that after she spoke with a code enforcement officer she was told that the fine would be waived if she started complying with the rule. But if the church is somehow forced to pay it, that likely would mean it could no longer continue a program to feed the hungry, and may even have to shut down all operations.

The reverend said compassion comes first – or should – and that she believes it is a core Christian function to offer a safe haven to all who need it.

“We feel we here as a church that it’s scriptural mandate that it’s an imperative to care for the least, the last, the lost, the poor, the hungry,” she told the local ABC affiliate.

Chester Bartko, the neighbor who turned the church in to authorities, doesn’t see it that way. He says the church’s actions are harming his business.

“We have a greenhouse and we sell flowers and shrubbery, and the homeless started camping right next to our retail sales area,” he said, adding that one homeless person killed a tree after urinating on it. So he called county code enforcement officials to complain.

“They dump gallons of urine on it,” he said, demanding that they be forced to move on. He said that the county and the state of Maryland have facilities for those who are homeless. “They shouldn’t be here living like this.”

The county and state may indeed have facilities for the homeless, but if they are like similar facilities in other states, they are chronically under-funded and always full. Plus, as Rev. Grover said, taking care of the poor and homeless is a core church function. And, there is this: Bartko may also be right in that people should not be living like that, but he isn’t helping to alleviate the problem – just making it worse, in fact.

But that’s what counts as “compassion” in deep blue cities and states these days.