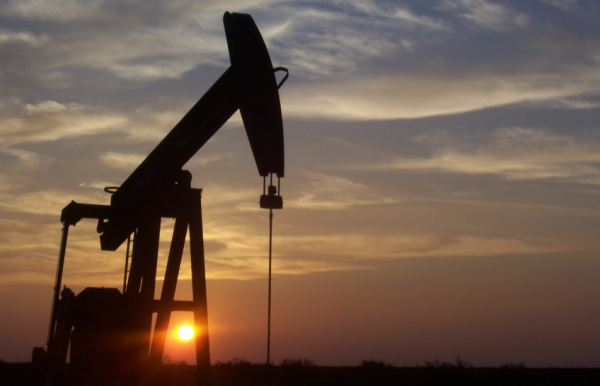 Three years ago, a farmer in North Dakota discovered one of the largest crude oil spills to ever be recorded in the state’s history.

According to the farmer, Steve Jensen, he saw oil just “bubbling up out of the ground” while he was harvesting wheat. Jensen says that he smelled the oil a few days before discovering it had infiltrated his fields of wheat crops. In an interview with CBS News, he said that the oil was “spewing and bubbling six inches high.”

Jensen discovered the disaster on September 29th, 2013, and yet for some reason, it took authorities 12 whole days to inform the public. Unsurprisingly, this delayed response raised many questions about how the state of North Dakota was handling its tremendous oil industry boom – and this is still a bone of contention among those concerned about the environment. Governor Jack Dalrymple himself claimed that he was not informed of the spill until several days after it had been discovered. Dalrymple promised that the state would investigate its procedures for reporting spills. Hopefully, they have made improvements in this regard.

While the governor admitted that there were many questions about what happened and how the mess could have been prevented, he all but excused the less-than-stellar behavior of Tesoro Corp. when it came to reporting the spill.

“Initially, it was felt that the spill was not overly large,” Dalrymple commented. “When they realized it was a fairly sizable spill, they began to contact more people about it.” Sure, just a little oil spill – no need to let anyone know about an environmental contaminant that can destroy the water supply. No need at all. …

The Tesoro Corps’ underground pipeline spilled 20,600 barrels of oil under the farmland. This monstrous spill was four times the size of the 2013 spill in Arkansas that forced the evacuation of more than 20 homes. The Arkansas spill was reportedly caused by a pipeline that had burst.

Fortunately for North Dakota, that spill occured in a fairly remote portion of the state. The pipeline was located in the northwest corner of the state, with the nearest home being about half a mile away. Thankfully, there were no reports of water contamination, and no animals or people were reported as being injured by the spill.

Tesoro Logistics released a statement to announce that at least the affected segment of the pipeline had been shut down. True Activist reported:

“‘Protection and care of the environment are fundamental to our core values, and we deeply regret any impact to the landowner,’ Tesoro CEO Greg Goff said in a statement. ‘We will continue to work tirelessly to fully remediate the release area.'”

At the time, the company estimated that the spill would cost about $4 million to clean up, but insisted that it was “completely contained and under control.” According to them, there was a natural layer of clay about 40 feet thick underneath the oil spill zone that supposedly kept it from contaminating the water supply.

Tesoro’s director of contingency planning and emergency response, Eric Haugstad, said that the spill was attributed to a hole in the pipeline, roughly one-quarter of an inch in diameter. The 20-year old steel pipeline runs 35 miles from Tioga to a railroad near the Canadian border. The company said it would be investigating possible causes for what could have created the hole.

Wayde Schafer, a North Dakota spokesman for The Sierra Club, noted that this spill was a perfect example of lackluster supervision in a state where the oil industry has exploded in the last few years. Schafer said, “We need more inspectors and more transparency. Not only is the public not informed, but agencies don’t appear to be aware of what’s going on and that’s not good.”

As for the farmer? Mr. Jensen said that he would not be able to farm on the land affected by the spill for many years to come.