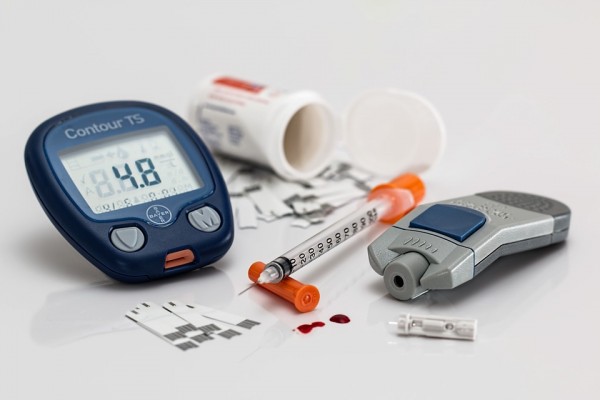 (NaturalNews) You won’t find “diabulimia” on any official lists of medical or psychiatric conditions, but it’s a widely recognized term in the Type 1 diabetes community. The word refers to people with Type 1 diabetes who deliberately skip insulin injections in order to lose weight – thereby causing their blood sugar levels to rise, and risking side effects as severe as blindness, infertility and death.

Type 1 diabetes occurs when the body doesn’t produce adequate levels of the hormone insulin, which causes cells to absorb sugar from the blood. Without enough insulin, the cells and organs starve. Additionally, the high levels of blood sugar can also cause damage to various organs, such as the eyes.

The more common Type 2 diabetes occurs when the body becomes desensitized to insulin, usually due to a poor diet and sedentary lifestyle.

Type 1 diabetes is a major risk factor for disordered eating and weight-related behaviors, although the reason for this connection is not fully understood. Even without taking diabulimia into account, a recent study suggested that 60 percent of women with type 1 diabetes will suffer from a “clinically significant” eating disorder by age 25. Other research shows that the rate of eating disorders is twice as high among Type 1 diabetics as among the general population.

Additionally, about 40 percent of all women aged 15–30 with Type 1 diabetes at least sometimes deliberately withhold prescribed insulin in order to lose weight. While some of these cases may be one-time events or too sporadic to qualify as diabulimia, the shocking figure illustrates the scale of the problem – and it is considered a conservative estimate.

Men with Type 1 diabetes are also at higher risk of eating- and body-image-related disorders than men without the disease.

Like regular eating disorders – which have the highest fatality rate of any mental illness – diabulimia is incredibly dangerous. The immediate result of skipping insulin shots is hyperglycemia, or high blood sugar. The reason it leads to weight loss is that calories consumed are being excreted by the body instead of being taken into the cells. So of course, the body and its organs begin to starve.

Untreated, hyperglycemia will develop into diabetic ketoacidosis (DKA), in which the body begins to cannibalize itself, with potentially fatal results. This is where the “desired” weight loss in diabulimia comes from.

Hyperglycemia also causes damage to various organ systems, which is why poorly managed diabetes (of either type) carries serious side effects. Thus, diabulimics hasten the onset of diabetic side effects such as damage to the eyes, nerves and kidneys. Infertility is another potential effect.

Severe, untreated DKA can lead to heart and organ failure.

“I had a friend in inpatient treatment and they were watching her eat, but they weren’t watching her inject so the whole time she was losing weight,” said Jacqueline Allan, founder of Diabetics with Eating Disorders. “Eventually she actually keeled over and died on the ward.”

Because diabulimia is not listed as a medical or psychiatric diagnosis, however, it can be hard for patients to find help. Professionals who specialize in diabetes may have little experience with eating disorders, and vice versa.

Due to pressure from patient support groups, that is starting to change. The Diagnostic & Statistical Manual of the American Psychiatric Association now considers insulin omission to be an eating disorder characteristic. New eating disorder treatment guidelines from the UK’s National Institute of Health and Care Excellence (expected in early 2017) will include how to treat those with diabetes.

And a few specialized treatment programs are starting to turn up, such as at King’s College in London, and Center for Hope of the Sierras in Nevada.