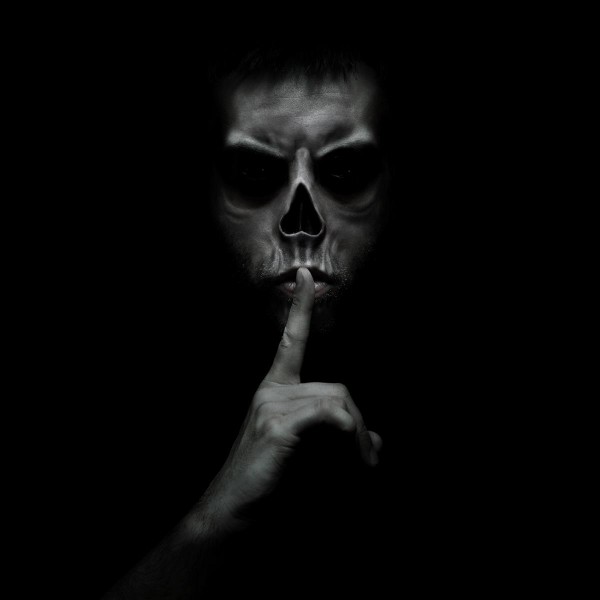 Evil can be defined as profound immorality and malevolence. Today, one of the most evil persons to ever practice medicine is fortunately behind bars, serving 45 years in a federal prison for dosing adults and children who did not even have cancer to death with chemotherapy.

If it were not for a brave colleague who blew the whistle and turned in Dr. Farid Fata to the FBI, Fata would still be silently killing innocents today, all in the name of money and notoriety. Fata was responsible for many deaths and thousands of injuries that could last a lifetime. Though Fata is no longer practicing medicine, he has everything to do with some other evil doctors who are still engaged in medical fraudulence and malfeasance, but just haven’t been caught and prosecuted – yet. Fata is a gleaming example of how many doctors literally get away with murder for years on end.

Prior to becoming executive vice president for Merck in 2014, and serving as president of Merck Vaccines from 2010, Julie Gerberding served as director of the U.S. Centers for Disease Control and Prevention (CDC) from 2002–2009, where she was in charge of the greatest vaccine violence cover-up since the introduction of vaccines in the United States more than 60 years ago. After resigning in shame from the CDC for reasons we’re about to cover, Julie Gerberding, like most nefarious criminal insiders of the vaccine industry, was awarded a powerful position by an insidious vaccine manufacturer, Merck, where she could continue running the show, strategizing about how to con more Americans and hypochondriacs worldwide into believing vaccines are “safe and effective.”

In 2002, Dr. William Thompson first realizes, through data and statistics analyzed, that the MMR vaccine has a direct link to children under 3 years of age suffering autism, especially African American boys. The statistics are unnerving and obvious, and Thompson wants his superior, one Julie Gerberding, to address the massive issue immediately and consider recourse. After receiving an alarming letter about Thompson’s concerns, Gerberding buries the whole issue, while other scientists involved agree to shred all evidence of the autism link before the FDA can come and investigate. Dr. William Thompson, head scientist at the CDC, announces he is hiring his own lawyer and implies a CDC cover-up of a DOJ investigation.

Long story short: Thousands of children today are being injected with toxic mercury and aluminum-loaded vaccines like the MMR and the flu shot that obviously cause neurological impairments, but thanks to Gerberding leading the great cover-up, the same vaccine violence continues today. There was never any investigation of Gerberding’s criminal negligence or any charges filed.

Dr. Richard Pan is the Democrat representing the California State Senate who established the pediatric clinic at UC Davis Children’s Hospital. Pan was one of 25 California lawmakers who auspiciously received campaign donations, on record, from Merck in the 2010 election cycle. Pan helped push for the law that allows girls as young as 12 to get the controversial and toxic HPV (Gardasil) jab without parental consent, which just so happens to be manufactured by Merck. Go figure. Gardasil contains polysorbate 80, sodium chloride, aluminum and a “denatured” (fragmented and weakened) form of the cancer virus.

According to TruthWiki, Pan often delivers an aggressive agenda to support his theories (lies) on vaccination that coincide with financial and powerful lobby interests.

Pan does not believe in medical freedom, and he steers legislation that he co-authored to remove all parental objections (including “personal belief”) from the whole vaccine equation for their kids. In fact, Pan argues, on his own financial behalf, that if children don’t get every vaccine that the CDC and Merck mandate (including flu shots, swine flu and infectious boosters), then they can’t attend either public or private school.

Pan has also received money from Eli Lilly, the global Big Pharma corporation that has repeatedly won protection from autism lawsuits. The insidious Pan authored the forced vaccination bill for all Californian children, SB 277. Thanks to Dr. Pan, California is the first state in the United States to violate the Constitution and not allow children a public education based on some invasive medical procedure that has no verifiable scientific proof of safety or efficacy.

One of the most arrogant, demeaning doctors on planet earth calls himself ORAC online to disguise himself so his patients won’t read his psychopathic rants – which are nothing more than convoluted meanderings to obscure the vaccine-autism connection and promote his own patented chemical medicines. If you or one of your family members has been advised by David Gorski, a mentally unstable breast cancer surgeon at Karmanos Cancer Institute, you surely should seek a second and third opinion before seeking more of his services.

Gorski’s main ranting blog is called “Respectful Insolence,” and is home to his promotion of anyone who abuses people who question vaccines. Gorski admits that there are no facts on his blog, and he has been accused (on more than one occasion) of fraudulently impersonating disease-injured families and making insane comments on message boards and vaccine freedom websites like Age of Autism, Mothering Magazine and even Amazon forums. This is called pro-vax trolling, and it’s an abomination. Gorski may have worked with the evil Dr. Farid Fata, as investigations are continuing into the co-conspirators of Fata who were named in court, but whose names have not yet been released to the public.

According to TruthWiki, Dr. Paul Offit may be the most widely quoted promoter, defender and apologist for the vaccine industry today. Known for his toxic “RotaTeq” rotavirus vaccine, Offit was recognized by the illustrious Bill Gates during one of Gates’ global health projects to vaccinate (depopulate) the whole world, a.k.a. “Living Proof.”

In 2008, via the program Every Child by Two, Dr. Paul Offit received hundreds of thousands of dollars in funding from pharmaceutical companies that manufacture vaccines.

Offit is the same shill and vaccine promotor/orator who says he could get 10,000 vaccines at once and walk away healthy. It’s very possible that the market for mandated childhood vaccines was catapulted by Paul Offit. In fact, after the ACIP approved Offit and Merck’s RotaTeq vaccine to the official “childhood vaccination schedule,” Merck’s RotaTeq revenue rose from nothing to over $650 million within a couple of years (2006–2008).

It’s no wonder that Paul Offit advocates all things vaccine while perched atop a cozy financial relationship with the vaccine industry kingpins, all while discreetly holding a patent on a Merck vaccine for diarrhea that causes severe diarrhea as one of the most common side effects. It is important to note that Offit has also been exposed for holding a research chair at his Children’s Hospital funded by Merck & Co. to the tune of $1.5 million.