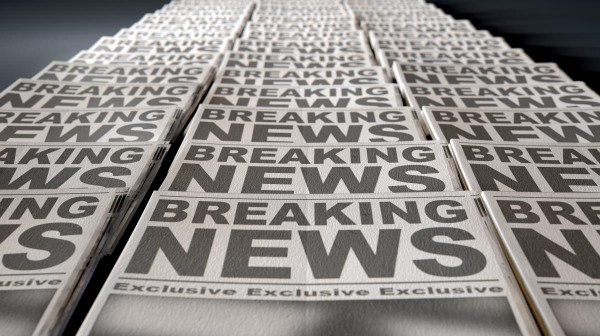 Most young people are incapable of determining the difference between real news and fake stories (or “sponsored content”) they encounter online, and have difficulty evaluating online content overall for accuracy and reliability, according to a recent study.

Researchers from the Stanford Graduate School of Education surveyed 7,804 middle school to college age students to find out how capable they were of assessing the credibility of online content, and how they arrived at their conclusions.

The researchers found that 82 percent of middle-school students couldn’t tell the difference between a real news story and sponsored content, for example, and most were unable to accurately judge which online news sources were credible.

Young people not as ‘internet-savvy’ as most believe

The findings tend to contradict the common belief that most young people are extremely internet-savvy and au fait with social media. In fact, the opposite appears to be the case.

“The assessments reflected key understandings the students should possess such as being able to find out who wrote a story and whether that source is credible.”

“In every case and at every level, we were taken aback by students’ lack of preparation,” said the authors.

Middle school students were tested on basic skills, including the ability to evaluate the credibility of various news articles or tweets:

“One assessment required middle schoolers to explain why they might not trust an article on financial planning that was written by a bank executive and sponsored by a bank. The researchers found that many students did not cite authorship or article sponsorship as key reasons for not believing the article.”

Another test involved the middle-schoolers’ ability to discern between real articles and advertisements on a news website. Although most students were able to identify traditional ads, more than 80 percent mistook “sponsored content” for legitimate news articles.

One post was from Fox News and accompanied by a blue verification checkmark, while the other was from a fake Fox News site. Only one out of four students could identify and explain the meaning of the blue checkmark. More than 30 percent favored the fake story because it contained “key graphic elements” that were convincing-looking.

The researchers said this suggests that students may be more influenced by the look of social media posts than by the legitimacy of the sources. If a tweet contained a large photograph, for example, it was considered more believable by the students.

This same basic principle seemed to also hold true for college level students. When asked to evaluate the credibility of different websites, the students tended to trust websites with “high production values,” even if the content was somewhat questionable.

With nearly 90 percent of young adults aged 18 and over relying on social media for news, it’s crucial for them to learn how to separate fact from fiction, the researchers said.

The study’s authors also admit that the educational system has fallen behind the times in terms of equipping young people with the skills necessary for critical assessment of online content.

While waiting for educators to catch up to the digital age, parents can take an active role in helping children learn how to apply critical judgment to what they see and read online, say the researchers.

Encourage your kids to compare sources and research the validity of news items before drawing conclusions, and to learn how to “navigate the sea of disinformation they encounter online.”