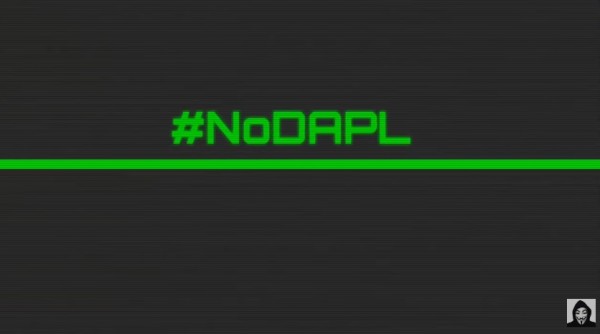 Energy Transfer Partners (ETP), the company behind the Dakota Access Pipeline, has declared that the denial of an easement necessary to drill under the Missouri River will not be impeding their plans to complete the project.

A statement released by ETP and Sunoco Logistics – which will be acquiring the company via merger – boldly proclaimed that even the Army Corps of Engineers cannot stand in their way. Following the Corps’ recent announcement that they would be denying ETP’s easement request, the companies released the following statement:

As stated all along, ETP and SXL are fully committed to ensuring that this vital project is brought to completion and fully expect to complete construction of the pipeline without any additional rerouting in and around Lake Oahe. Nothing this Administration has done today changes that in any way.

They sure sound confident, now don’t they? It seems that ETP plans on finishing the pipeline, regardless of what the federal government says.

Celebration was rampant in the water protectors’ encampent, as they and their allies cheered along that Sunday when the Army Corps of Engineers made their announcement. Their decision to deny the permit necessary for the Dakota Access Pipeline to pass beneath the Missouri River’s Lake Oahe was seen by many as a choice that would directly impact the future of the project.

Due to a string of previous disappointments, many of the activists remained skeptical of the decision and its implications for the pipeline’s construction, however. Without hesitation, they began questioning whether or not ETP CEO Kelcy Warren had contingency plans to ensure the project would reach completion. Given the extraordinary lengths that ETP had already gone to in order to protect the pipeline, news that the company planned to proceed without hindrance was hardly surprising.

ETP maintains that they continually stated that their permit for the crossing of the Missouri River at Lake Oahe granted in July 2016 complied with all legal requirements, including the use of an environmental assessment, rather than an environmental impact statement. The organization also appears to be very displeased with the Army Corps of Engineers for deciding that they would like to undertake an additional review and analysis of alternate locations for the pipeline. ETP even goes so far as to scold them, stating:

The White House’s directive today to the Corps for further delay is just the latest in a series of overt and transparent political actions by an administration which has abandoned the rule of law in favor of currying favor with a narrow and extreme political constituency.

While it is true that ETP did indeed follow the law, that doesn’t provide much comfort to the Native American communities who see this endeavor as nothing more than another action by the U.S. government to exploit their people and their land.

In order to obtain their desired path for the Dakota Access Pipeline, ETP was able to essentially steal land from private landowners under the guise of eminent domain. In early September, a group of Iowans even filed a lawsuit to stop the pipeline’s construction. While land was taken from private citizens under the guise of public good, there are serious concerns about pollution of farmland and water in the area – and others.  And truly, isn’t it unconstitutional for the government to give land that belongs to honest, tax-paying citizens to a corporation that stands to make a tremendous amount of money off that land? There is no way to discount the immense personal gains that ETP will garner, should the pipeline reach completion.

Unconfirmed reports claim that ETP has opted to pay fines of $50,000 per day for the next several months in order to continue construction instead of sidelining their project while waiting for conclusions from an environmental impact statement. Clearly, there is nothing that will get in their way.