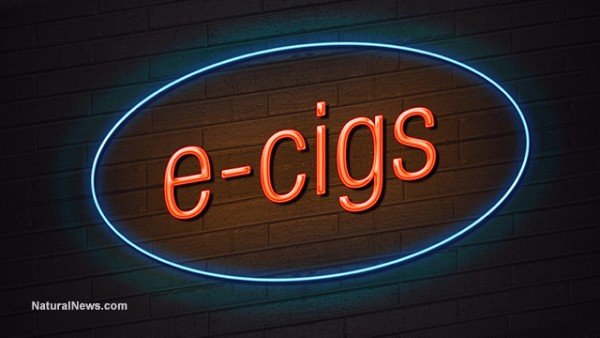 Tobacco giant Philip Morris International (PMI) has announced its intentions of gradually phasing out the manufacture and sale of conventional cigarettes and instead focusing on electronic cigarette technology.

The company has just applied to the FDA for approval of its new electronically heated cigarette, called iQOS, which is already being marketed in 12 countries and which has just been introduced to the British market.

The iQOS is different from most e-cigs currently being sold.

From The Daily Caller:

“Unlike a traditional e-cigarette, which vaporizes nicotine fluid, the iQOS heats tobacco leaves to create a smokeless alternative to burning cigarettes. It could potentially eliminate 90 percent of the dangers associated with smoking.”

Philip Morris CEO Andre Calantzopoulos said in a BBC Radio 4 interview that he wants to work with governments in replacing traditional cigarettes with “reduced-risk” tobacco products:

“I believe there will come a moment in time where I would say we have sufficient adoption of these alternative products … to start envisaging, together with governments, a phase-out period for cigarettes. I hope this time will come soon.”

Calantzopoulos admits that his company’s products are addictive and harmful – the World Health Organization says smoking kills 6 million people yearly – and that the only appropriate response is to “find and commercialise” products that pose less of a health risk.

Philip Morris claims that its iQOS product is much safer than conventional cigarettes and superior to other types of vaporizers. The iQOS heats tobacco leaves rather than a liquid to create a vapor, as with typical e-cigarette products.

Tobacco companies have experimented with products that heat tobacco rather than burning it, but so far none have truly caught on.

In the 1980s, R.J. Reynolds Tobacco Company introduced the Premier, a product which heated tobacco, but it was reportedly cumbersome and had a charcoal aftertaste – it was on the market for only one year.

Advances in technology may make the iQOS and other similar products more successful. The iQOS has proved to be popular in the Japanese market, with a reported conversion rate of 70 percent of traditional smokers to the new alternative, compared to a 20 percent conversion rate among smokers who tried standard e-cigs.

The iQOS battery pack resembles a small cell phone and charges a cigarette holder into which the tobacco “sticks” are inserted. Packs of tobacco sticks cost £8 ($10) and the device costs £45 ($57).

Close on the heels of Philip Morris is British American Tobacco (BAT), which is now testing a similar product that it hopes will compete with the iQOS. BAT’s new product, called Glo, will also feature tobacco sticks which are inserted into a heating tube.

Glo will be test-marketed in Japan and will sell for the equivalent of $77 with the tobacco sticks costing about $4.

Other companies are expected to soon follow with their own competing products.

FDA approval of the iQOS device may be affected by the changing of the guard in Washington. The Obama administration was inclined to impose stricter regulations on the tobacco industry, whereas incoming President Donald Trump’s anti-regulatory stance may favor Big Tobacco interests.

Regardless of claims that the new products are safer, many health experts remain concerned about the safety of e-cigs, whether of the traditional liquid vapor or the new heat-not-burn variety.

“Philip Morris is a tobacco company. They are still making most of their profits from selling cigarettes. On current trends, smoking will kill one billion people in the 21st century, most in poor countries.

“If Philip Morris really want to see the end of smoking they have to stop promoting smoking to new young smokers around the world.”