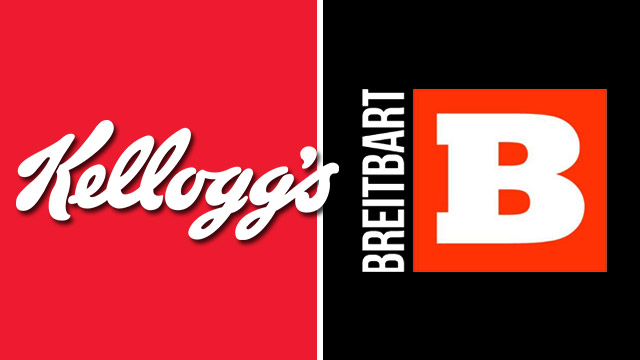 A video of a worker apparently urinating on a Rice Krispies Treats assembly line at a Memphis Kellogg plant has again been featured on Breitbart News as part of what is being called an “all-out attack” on the cereal maker by the website.

The video in question, which is believed to have been shot in 2014 in the midst of a labor dispute between Kellogg and its employees at the Memphis plant, shows a man freely urinating on an assembly line conveyor belt containing puffed rice.

From a Kellogg statement:

“Kellogg takes this situation very seriously and we were shocked and deeply disappointed by this video that we just learned of yesterday. We immediately alerted law enforcement authorities and regulators. A criminal investigation is underway as well as a thorough internal investigation. …

“We are outraged by this completely unacceptable situation, and we will work closely with authorities to prosecute to the full extent of the law.”

The labor dispute involved an illegal lockout of 200 Kellogg workers at the Memphis plant that lasted from October 2013 to August 2014.

From the Detroit Free Press:

“The lockout was precipitated by Kellogg’s attempts to modify a labor contract by bringing in ‘casual’ workers to the plant who would be paid $6 less per hour and receive fewer benefits. The plant’s unionized workers also could have been laid off and then rehired as ‘casual’ workers under the company’s proposal, which the employees’ union rejected.”

The video was identified as having been shot in 2014, before subsequent changes had been made to the assembly line. In 2014, at separate times, both Kellogg’s employees and temporary workers were employed at the plant.

Breitbart News originally ran the story in March of 2016, but has republished it as a featured story as part of what appears to be retaliation against the Kellogg company for pulling its advertising from the website.

Kellogg recently announced that it would no longer advertise on Breitbart News because the site is not “aligned with our values as a company.”

Breitbart responded by launching an online boycott of Kellogg’s products using the hashtag #DumpKelloggs – which quickly became a top-trending term on Twitter for a short time.

As of December 7, more than 400,000 people had signed Breitbart’s online petition against Kellogg, and the site has been publishing a steady stream of articles accusing Kellogg of everything from employing child labor to supporting Castro’s dictatorship.

In the text of the petition, Breitbart castigates Kellogg for its “disgraceful act of cowardice” in blacklisting Breitbart News.

Justified or not, Breitbart’s declaration of war has had an effect, at least according to the New York Post, which reported that Kellogg’s stock fell 3.6 percent in two days following the announcement of the Breitbart boycott.

While the attack on Kellogg’s by Breitbart News may be personal, the cereal giant is no stranger to controversy.

In the world of Big Cereal, Kellogg’s is king. The company generated $13.5 in sales during 2015, and besides being the world’s largest cereal producer, Kellogg’s is the second-biggest maker of “cookies, crackers and savory snacks.”

Kellogg’s holds the dubious distinction of selling the world’s unhealthiest kids’ cereal, Honey Smacks, which is 56 percent sugar by weight. The company has also been criticized for labor policies, participating in deforestation and for using GMO ingredients and dangerous food dyes in its products.

At any rate, in raising the ire of Breitbart News, the company has certainly generated a heaping amount of unwelcome and non-sugar-coated publicity.