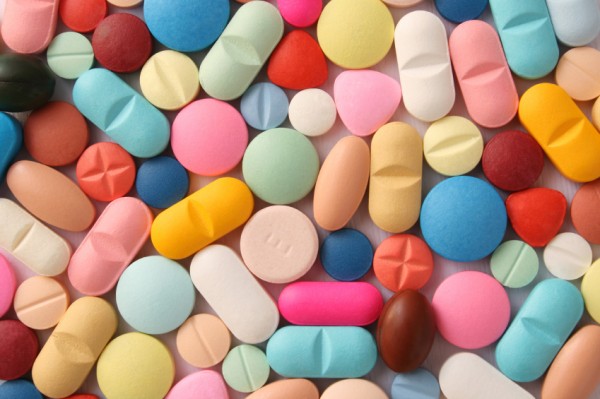 Could ecstasy soon be hitting a pharmacy near you? The FDA recently approved of a large-scale, Phase 3 clinical trial of MDMA for post-traumatic stress disorder. The approval follows a series of small-scale studies that have indicated that small amounts of the drug can provide effective treatment for the illness.

While it may sound like a fun time, for those who suffer with PTSD, MDMA has proven that it can provide serious, and much needed, relief. C.J. Hardin, a  veteran who served three tours in Iraq and Afghanistan, suffered with severe PTSD that left him divorced and struggling with alcoholism and suicidal thoughts. Hardin says he cut himself off from the world completely, noting that he tried psychotherapy, group therapy and almost a dozen different psychiatric medications.

“Nothing worked for me, so I put aside the idea that I could get better,” he said in his interview with The New York Times.

But in 2013, Hardin was able to take part in a small clinical trial of MDMA that would prove to be something of a metamorphic experience. Hardin says, “It changed my life. It allowed me to see my trauma without fear or hesitation and finally process things and move forward.”

For the community of people fighting for the legalization of drugs such as MDMA, marijuana and LSD, FDA approval for a phase-3 study is a huge step forward. The Multidisciplinary Association for Psychedelic Studies (MAPS) is a non-profit research and education organization that was founded in 1986 with the purpose of creating “medical, legal, and cultural contexts for people to benefit from the careful uses of psychedelics and marijuana.” MAPS has funded six Phase-2 studies that treated 130 PTSD patients with MDMA, and the organization also plans on sponsoring the Phase-3 clinical trial, which will feature at least 230 patients.

The use of MDMA in PTSD treatment would be different to the way in which medical marijuana is used. Instead of using the medication at home, reports indicate that the drug would be administered to assist in psychotherapy. During the initial trials, patients took MDMA at the beginning of their talk therapy sessions, under the supervision of a two-person team. Throughout the 12-week PTSD study, patients went through extensive psychotherapy, which involved three 8-hour MDMA sessions. The team, consisting of  psychiatric nurse Ann Mithoefer and her husband, Dr. Mithoefer, guided each patient through their past traumas while playing soothing music. Flynn, the couple’s terrier mix, often kept patients company throughout the journey.

Ann Mithoefer commented, “The medicine allows them to look at things from a different place and reclassify them. Honestly, we don’t have to do much. Each person has an innate ability to heal. We just create the right conditions.”

According to The New York Times, research shows that MDMA can do more than just change perspective. Data has indicated that MDMA can prompt the brain to release a stream of hormones and neurotransmitters that evoke feelings of trust, love and overall well-being. This stream is also capable of muting fear, as well as the negative memories that can be overpowering for patients with PTSD.

Currently, there are two drugs on the market for PTSD treatment, and neither showed substantial benefits to patients when compared to placebos during clinical trials. Estimates indicate that between 30 and 40 percent of those suffering with PTSD are not helped by current treatment methods at all. But the promise of MDMA as a treatment for those with PTSD is very real.

Hopefully, the medicinal value of MDMA will not be overshadowed by illicit use, so that it can shine as a treatment for the thousands of Americans who suffer in silence.