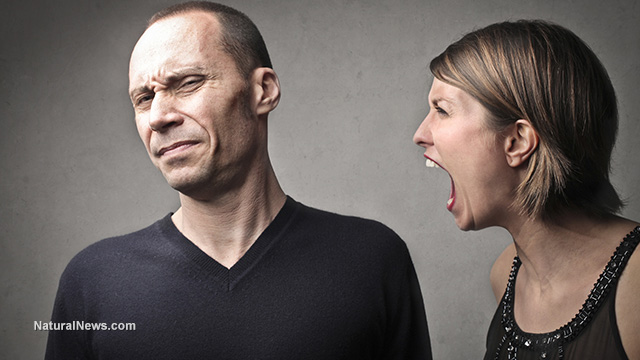 The radical political Left — disguising themselves as “progressives” but who adhere to a political philosophy more in line with communists, Marxists and Leninists — has completely taken over the Democratic Party, as evidenced by the policies its members pursue.

Everything is government-centric. The private sector—businesses, industry, entrepreneurs—are viewed as doltish and inherently evil people who want to destroy the planet for profit. Religion is mocked. Racism directed at certain demographics (whites, mostly) is okay because they deserve it.

And any speech or opinion that doesn’t fall in lockstep with the militant Left is silenced or banned outright.

That is especially true when it comes to the Left-wing cult of “globalwarmingclimatechange.”

The Left-wing attack dogs in the press, academia and even government try to suppress data they don’t like

Writing in The Wall Street Journal recently, Roger Pielke, a professor and director of the Sports Governance Center at the University of Colorado-Boulder, noted he had become a “climate change heretic” for merely pointing out a scientifically-documented, provable point: That catastrophic weather events have been tapering off over the past decade, not increasing in severity due to man-caused warming.

“Although it is too soon to tell how the Trump administration will engage the scientific community, my long experience shows what can happen when politicians and media turn against inconvenient research—which we’ve seen under Republican and Democratic presidents,” he wrote.

Pielke states plainly in his piece that he believes that climate change is real “and that human emissions of greenhouse gases risk justifying action” that includes a tax on carbon dioxide (the element critically necessary for life on the planet—and he wants less of it). But that said, his sin, so to speak, was merely to point out, inconveniently as he stated, that one of the pillars of the Left’s global warming claims—severe weather events are increasing—is simply not true.

And that’s well-documented; Pielke notes that weather patterns and extreme events is an area of study he has engaged in for two decades.

Talk about your “inconvenient truth.”

It all started when, around 2008, he pointed out that a graph which had been dubiously smuggled into a report issued by the UN’s Intergovernmental Panel on Climate Change (IPCC) was bogus, earning him the title of “climate change denier” from the Left-wing loonies at Foreign Policy. Apparently, he wrote, an academic who raised questions about a chart refuting his very area of research earns such a title, and then is tarred and feathered by pile-on Leftists in academia, the media and the federal government.

The chart purported to show that disaster costs were rising because of global temperature increases. “The graph was later revealed to have been based on invented and inaccurate information,” as Pielke says he documented in his book, “The Climate Fix.”

He says insurance industry scientist Robert-Muir Wood “smuggled” the graph into the 2007 IPCC report. He explained to Pielke in a 2010 debate in London that he did it because he expected future research to indicate a relationship between rising disaster costs and rising temperatures.

When Wood’s ‘research’ was eventually published in 2008, well behind the IPCC report, it actually concluded just the opposite: “We find insufficient evidence to claim a statistical relationship between global temperature increase and normalized catastrophe losses.”

And while the IPCC never acknowledged its graph was wrong, subsequent reporting and studies got the science right: “There is not a strong basis for connecting weather disasters with human-caused climate change,” Pielke wrote.

In the following years, Pielke said he began calling out reporters and scientists when they got they data wrong, claiming that weather apocalypses were either here or on the way. For that, he was pilloried, mocked, derided—and shouted down. And he was censored from a writing gig at the FiveThirtyEight.com blog.

After his first article there in 2014, which was based on the consensus of the IPCC and peer-reviewed research, Left-wing journos from a number of publications (all left-leaning) piled on calls to have him fired. It worked; in March of that year, the web site’s editor, Mike Wilson, demoted him from staff writer to “freelancer”; he left a few months later after it becamse obvious he was not going to be published anymore.

Next, he was investigated by a sitting member of Congress. Read the rest here.