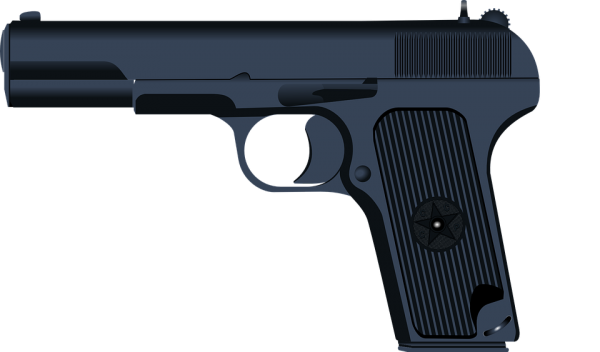 Anyone who has analyzed the current political landscape with any considerable amount of logic knows that the Regressive Left’s battle against the Second Amendment is completely unjustified and idiotic. By trying to restrict which firearms American citizens are allowed to own and operate, these authoritarians are trampling all over the United States Constitution. To make matters even more frustrating, they don’t even have a reasonable excuse to try and do so.

Their entire belief system in regards to gun control is based on a number of lies.

Much to the glee of the leftists of the world, the recent terrorist attack at Ohio State University — which just so happened to be thwarted by a good guy with a gun — has kickstarted yet another conversation about how we perceive firearms in America. Despite the fact that the only gun used in the entire ordeal was the one fired by Officer Alan Horujko, which killed attacker Abdul Razak Ali Artan, the left has turned this into an anti-gun discussion. It makes no sense whatsoever, but that’s what leftists do: They create strawmen out of nothing.

If anything, this whole ordeal should prove why we all need to support concealed carry laws, which would allow students on college campuses to be armed and protect themselves in situations like the one at OSU. Unfortunately, many campuses around the country prevent students from engaging in this.

Ronn Blitzer of Law Newz reports, “Ohio state law prohibits anyone from carrying a concealed weapon on a college campus, regardless of whether the school is public or private. Statute 2923.126 says that even someone with a license to carry a concealed weapon cannot do so on ‘[a]ny premises owned or leased by any public or private college, university, or other institution of higher education, unless the handgun is in a locked motor vehicle or the licensee is in the immediate process of placing the handgun in a locked motor vehicle.'”

It is a right of all American citizens to own and carry firearms. More often than not, they keep us safe and sound in the face of those who want to do us harm. In 2016, those numbers seem to be growing every day and there is no justifiable reason to prevent innocent people from protecting themselves. Thankfully, Officer Horujko was on campus in order to prevent anyone from being killed by Artan, but other campuses will not be so lucky.