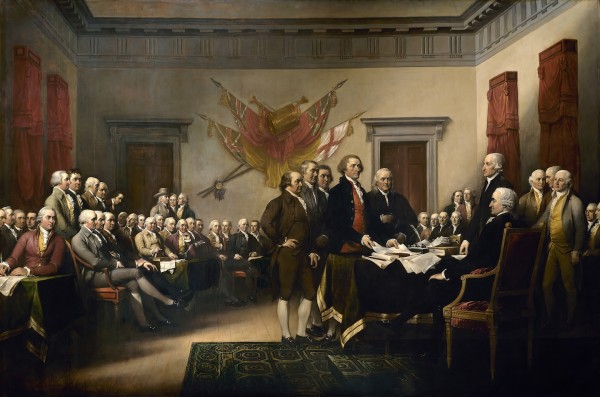 The Founding Fathers of the United States were some of the greatest men to ever walk the face of our planet. They were brilliant thinkers, hard workers and brave individuals who took great risks and made major sacrifices in order to create the best country the world has ever known. For Americans all over the country, these men should be revered and respected, yet the Leftists running our universities have taken it upon themselves to teach their students that the Founding Fathers were all evil monsters who hated everyone who wasn’t exactly like them.

Perhaps the worst offenders of spreading these kinds of lies are Jared Benson and Nicholas Lee of the University of Colorado, Colorado Springs. The two men have been teaching their students that the men who created our great nation were violent crybabies – kind of like Benson and Lee actually are.

William Nardi of The College Fix reports, “Calling the Founding Fathers ‘terrorists,’ Benson and Lee voice criticism and cynicism against many of the events leading up to the Revolutionary War, teaching students the founding ideals were ‘merely a fabrication for a social movement’ — a means to an end for the colonist elites who were tired of England’s control and needed the gullible masses to help them break free.”

Leftists like Benson and Lee hate America and are ashamed of being American. They are among the most dangerous members of the Regressive Left, because they are warping the minds of our youth to believe that they should apologize for being born in the United States. They are cancerous to the future success of the nation. By telling people that there is nothing good about our country, that it was founded by awful “terrorists,” you ensure that they are not ever going to become patriotic and they are never going to want to fight for anything American.

Furthermore, calling the Founding Fathers terrorists is simply untrue. While they rebelled against Great Britain, they were most accurately rebelling against a tyrannical government that wanted to control their every move. This desire for freedom is one of the strongest American values of all, and it is something that has allowed us to become the greatest country in the world. Expecting people like Benson and Lee to understand this is pointless; guilt-ridden idiots of that nature are beyond repair.

The students they are teaching are another story, though, and we should be doing everything we can to ensure they’re told the truth.