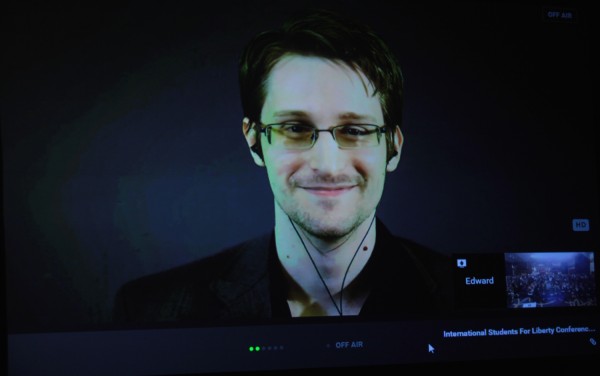 Depending on who you ask, Edward Snowden is either a patriot or a traitor, and how someone answers that question can immediately show you whether they hold freedom or ignorance in higher regard. The man who blew the whistle on the NSA’s unconstitutional surveillance of law-abiding citizens has been a controversial figure in the past few years, and hasn’t been able to stay out of the news, despite currently living a low-profile life while seeking asylum in Russia.

Now, Snowden is once again in the spotlight, after German officials asked him to testify before a parliamentary committee amidst an investigation of NSA surveillance. One of the major conditions of Snowden doing this is receiving a considerable amount of guaranteed protection, which Germany cannot provide. When you consider all of the people who want Snowden dead, there are a number of reasons why he should be concerned.

RT reports, “The Federal Court of Justice has ruled that the government needs, among other formalities, to provide ‘effective protection’ for the witness and ‘immediately establish the preconditions for interrogation of the witness in Germany.’ The government must inform the parliamentary committee ‘at what time it can establish the abovementioned conditions.'”

While it definitely isn’t worth risking his life to do so, we should all be hoping and praying that Snowden finds a way to testify under oath. If people around the world begin to discover just how twisted and unconstitutional the NSA is, then pressure will be put on the federal government to change its practices. It won’t happen overnight, but if the agency begins to feel the heat, the American people will benefit greatly.

Snowden stood up for freedom – actual freedom – and is now paying the price. What the federal government has done to him is truly disgusting, and history will not be kind to them in the end. We should all be doing our part to spread the truth about the NSA so that more people who aren’t politically inclined will begin to see exactly what is happening with our private information and pieces of technology. It is like something out of a dystopian novel, and it should never be downplayed as anything less.

Now, many people will argue that what Snowden did was dangerous, but as Thomas Jefferson once brilliantly stated, it is better to have dangerous freedom than peaceful slavery. The NSA is slavery, and it is time for it to be completely abolished.