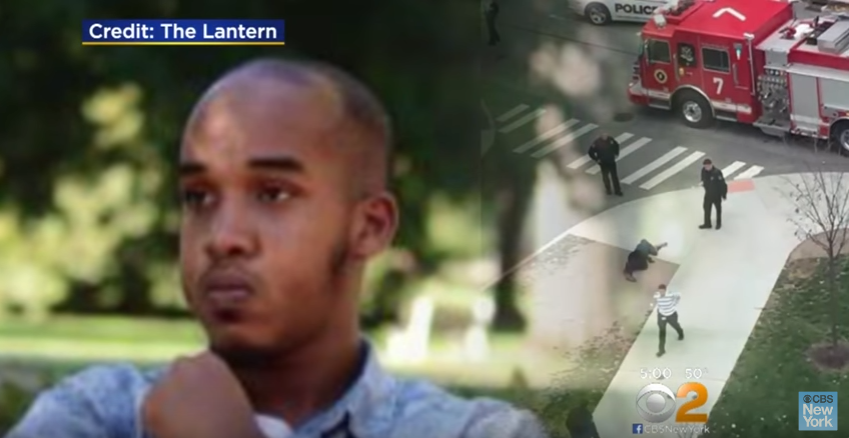 “ISIS is taking credit for the terrible stabbing attack at Ohio State University by a Somali refugee who should not have been in our country,” he wrote:

ISIS is taking credit for the terrible stabbing attack at Ohio State University by a Somali refugee who should not have been in our country.

Trump’s message reiterates his previous comments about blocking refugees from Muslim countries from entering the U.S., in an effort to stop homegrown “lone wolf” terror attacks.

According to NBC News, the attacker was a Somali refugee who came to the United States in 2014 as a legal permanent resident.

On Tuesday, the ISIS news agency Amaq claimed the attacker was “a soldier of God,” according to the New Yorker, and might have been inspired by the Islamic State’s terrorist manual.

The attacker posted a message on Facebook that law enforcement officials have released to the public.

“By Allah, we will not let you sleep unless you give peace to the Muslims. You will not celebrate or enjoy any holiday,” he wrote before the attack. “Btw, every single Muslim who disapproves of my actions is a sleeper cell, waiting for a signal. I am warning you Oh America.”