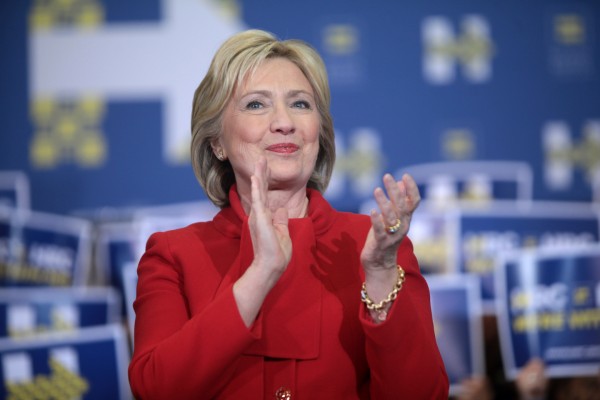 Looking back, we can now safely say that Hillary Clinton would have been a complete disaster as president of the United States. Even when you disregard the fact that she is a liar, a cheat and one of the least charismatic people to ever run for office, it is her policies that likely presented the most problems for the American people. Thankfully, Clinton was soundly defeated by Donald J. Trump, and we no longer have to worry about what a world under her would have looked like.

But that doesn’t mean that it isn’t fun to look back and appreciate the massive bullet that we collectively dodged by voting against her.

In the new book, Enhanced Interrogation, CIA contractor James Mitchell reveals that Hillary Clinton’s open border policy would have been devastatingly detrimental for the United States as a whole. In fact, it could have cost many people their lives – and that isn’t healthy for anyone.

Paul Bedard of the Washington Examiner reports that information revealed in the book will “show that Muslim terror groups had a much bigger plan to crush America than just through attacks like 9/11. Instead, the plan is to fill the country with like-minded Muslims through the country’s easy immigration laws and by having babies, and then using the U.S. legal and welfare system to turn the country into a system like Iran.”

As we have seen in recent days, there is a very serious threat of radical Islamic extremism in this country. Every time we think we cannot be effected by this, we are proven wrong. While the issue most definitely comes from the Middle East, it has quickly become an issue all over the world. Europe is feeling the effects of this, and now, so is America.

The Regressive Left’s insistence on avoiding the elephant in the room when it comes to terrorist attacks in the name of Islam, is dangerous for us all. It has lulled the federal government into a false sense of security, and has left the average American as a target for these lunatics. Thankfully, such will not be the case under President Trump. We know that he will do everything in his power to protect our country from danger, and an open border is most definitely not going to be in effect under him.

We can all rest easier knowing that Hillary Clinton failed to put us all in danger. Things are looking up.