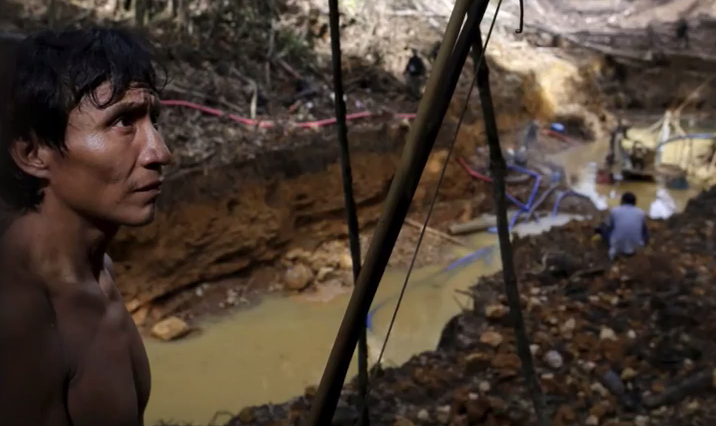 INCREDIBLE new photos have emerged of a long lost tribe living in a remote patch of jungle in South America.

The Moxihatetema people live in the Amazon rainforest in northern Brazil, near the border with Venezuela, and have never been contacted. 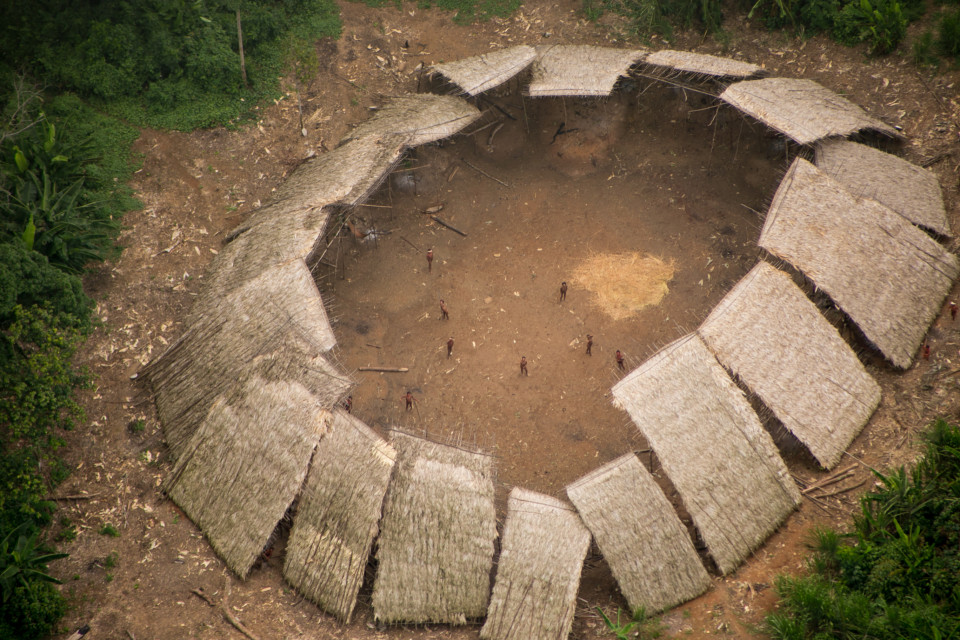 The pictures – showing the tribespeople inside a communal structure known as a maloca – were taken from a passing aircraft after the tribe shunned previous approaches from outsiders.

The images are the clearest yet of the tribe, who remain completely isolated from the outside world.

When zoomed in, one of the men can be seen shaking his spear in the direction of the camera in what seems like an aggressive gesture. 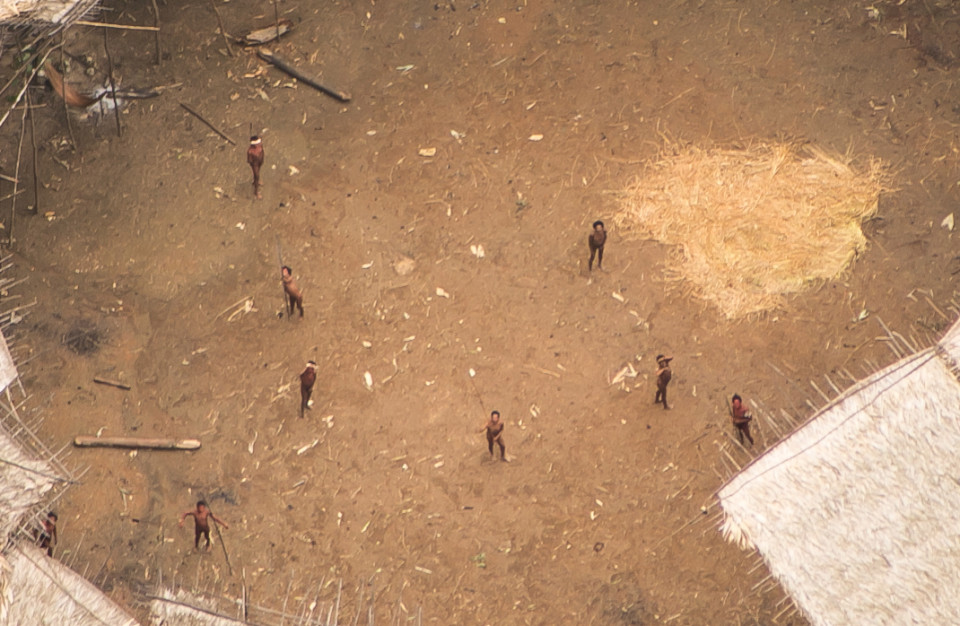 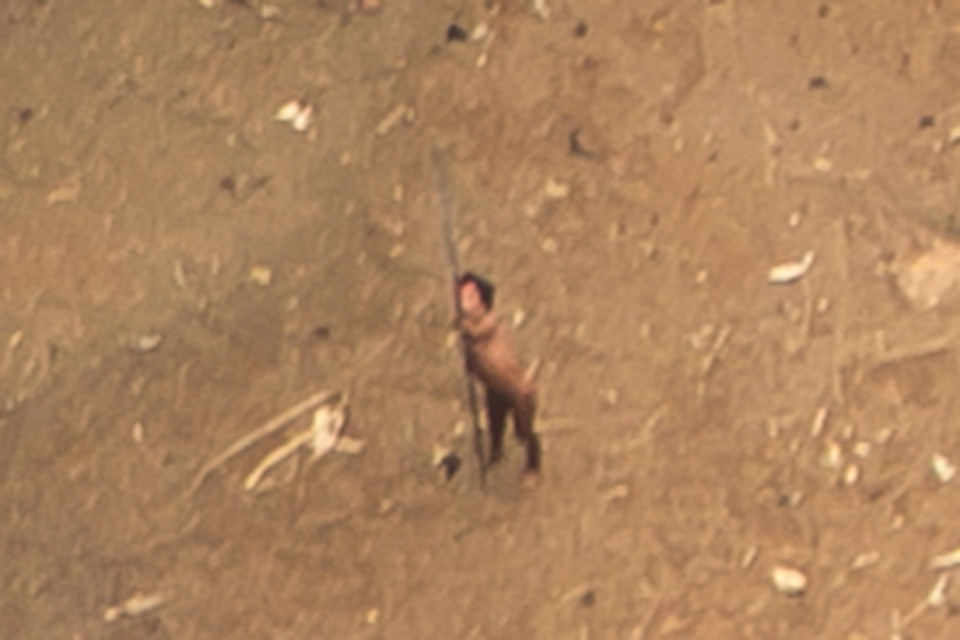 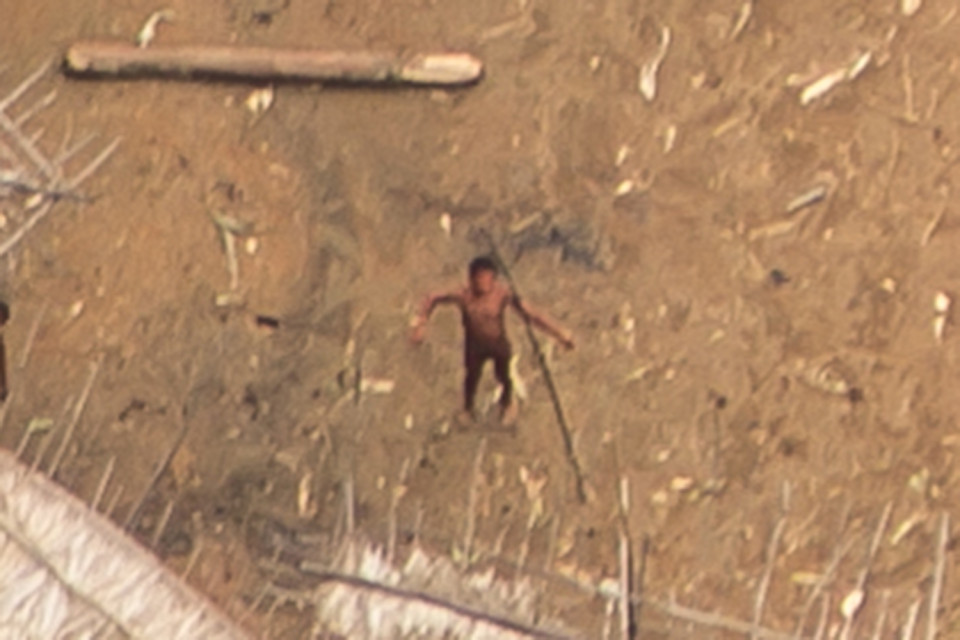 Other members of the tribe can be seen simply staring upward in the direction of the strange flying object.

The Moxihatetema – one of three Yanomami groups in the area – are monitored remotely after worries over clashes with illegal miners encroaching on their territory, The Guardian reports.

Miners have previously fought with remote tribespeople in the region after invading their protected lands in search of gold.