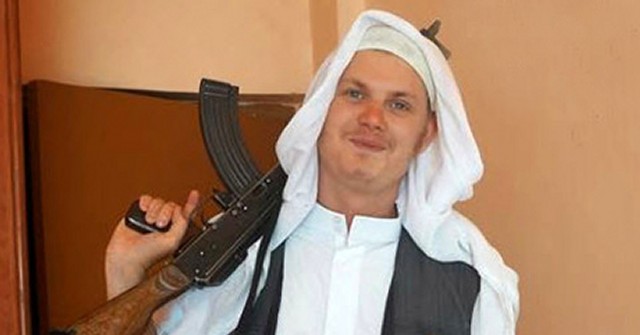 Sweden paid the equivalent of more than £4,300 in welfare to an Islamic State terrorist as he fought with the Jihadist group in their Syrian stronghold of Aleppo.

Since then, he has appeared in a series of propaganda videos, sometimes alongside his children, brandishing a Kalashnikov assault rifle.

However, according to Sweden’s Göteborgs Tidning (GT), it took more than a year for Sweden’s welfare agency, Försäkringskassan, to suspend his generous welfare handouts after he became a terrorist.

The agency recently sent a letter to Mr. Skråmo’s Gothenburg address, informing him that his child and housing benefit had been discontinued.

“Försäkringskassan has stopped payments of child benefits and housing benefits for your children,” read the letter, which has been passed to the newspaper.

Magnus Ranstorp, a terrorism researcher at Sweden’s National Defence University, told the paper: “It exposes how weak the system seems to be in its control mechanisms.

“Michael Skråmo has been one of the most well-known IS sympathisers for quite some time.”

Adding: “Police should be able to somehow sound the alarm and inform all the authorities when someone has journeyed down there.”

In April, his wife sent a sarcastic email to Gothenburg’s court, telling debt collectors to abandon the cases against them, as they were planning to never return to Sweden.

“To make it simple for you, you don’t need to send more papers to me,” she wrote in the email.

“I am not in Sweden and am probably never in my life going to come back… so for your own sake, can you just drop it all ;).”