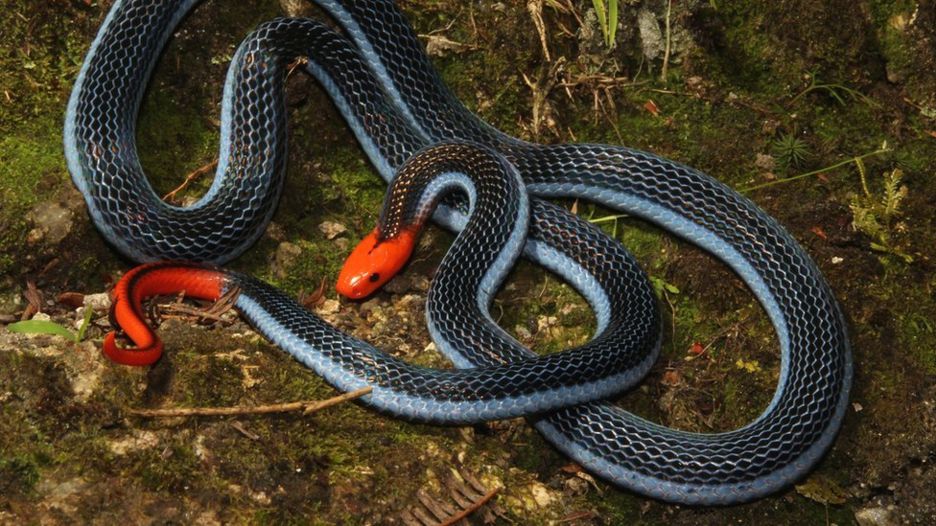 They call the blue coral snake “the killer of killers.” With an average length of over six feet and venom glands as long as nineteen inches, this vertebrae animal kills it’s prey nearly instantly, unlike other deadly snakes whose toxic venom acts much more slowly. As reported by BBC.com, the venom from the blue coral “targets [human] sodium channels,” which is a pain pathway. Because of that connection, Dr. Bryan Fry, a researcher from the University of Queensland, suggests that the snake venom could be transformed into a natural medicine that may actually relieve pain.

The blue coral’s habitat is specific to South East Asia, where many acres  have been cleared and retrofitted for palm plantations. Dr. Fry has only seen two of blue coral snakes in the wild and fears this species, along with other indigenous animals and plants that could have been beneficial for health, have been decimated. As an alternative, Fry and his team of researchers from China, the U.S. and Singapore are looking for relatives of the blue coral snake to discover what properties they may have.

Nature magazine also has documented the use of venom from another deadly snake as a healing potion. The Black Mamba bite can kill a person within twenty minutes. But the Black Mamba has potentially pain killing proteins in that venom, according to molecular physicist Eric Lingueglia, who is studying these properties in Valbonne, France at the Institute of Molecular and Cellular Pharmacology.

They call these venom proteins mambalgins. They are as effective as morphine in blocking pain, but without morphine’s residual side effects like constipation and the relentless need for higher doses. Additionally, the use of mambalgins does not appear to slow the rate of respiration.

In the experiment, scientists subjected the tails and paws of mice to very hot water, after injecting them with either morphine or mambalgins proteins. The mice with the snake venom injections were able to handle the heat twice as long as those given morphine. Mice injected with mambalgins also had less tissue inflammation.

Mambalgins don’t block opioid receptors like morphine, but “bind and inhibit molecules . . . of acid-sensing ion channels, or ASICs.” These ion channels “form pores in neurons and are implicated in pain transmission.”

The research continues, as scientists seek to understand the biomedical uses of venom based painkillers – but not just from snakes. They are also looking at the pain killing properties of venom from  spiders, sea anemones, snails and scorpions.