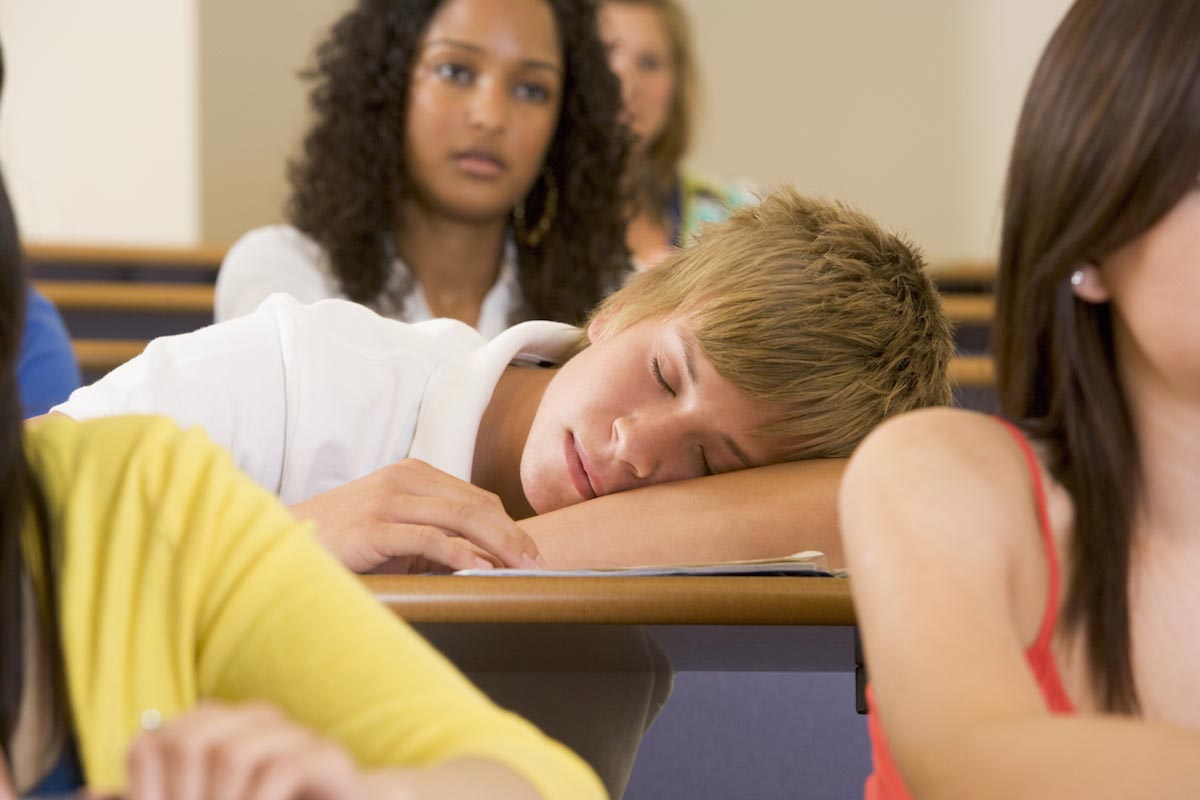 For over one hundred years, radio frequency (RF) waves have been used to transport information. Remember those old battery operated AM radios you kept by your bedside? There wasn’t much, if any, concern about RF exposure, or electromagnetic frequencies (EMF) a few decades ago. But these days, WIFI connectivity, personal computers, radiation, smart phones and smart homes are a way of life, even in a child’s bedroom. And the wireless world our youth are thrust into is fraught with health risks, including a serious lack of deep sleep.

Cbc.ca reports that mobile devices, particularly our children’s use of smart phones before going to bed, are causing an epidemic of “streaming, not dreaming.” Students who are unable to obtain the necessary nine to ten hours of sound nightly shut eye will then fall asleep the next day in class. This cascades into attention and study problems, according to research published in the Pediatric edition of the Journal for the American Medical Association (JAMA).

JAMA Pediatrics looked over 20 existing sleep studies that included “125,198 children aged six to nineteen.” Reviewers focused specifically on cell phone use in the bedroom, and claim the data they gathered to be the “first systematic review and meta-analysis” of its kind. JAMA urges dialogue between parents, teachers and health care professionals to address this issue and take immediate action to minimize exposure to these devices, especially before bedtime.

Ben Carter is the lead author of the study. He works in London at King’s College Institute of Psychiatry, Psychology and Neuroscience. In the beginning, his researchers surmised that sleeplessness would be caused by the light emitting from the smart phone. But they discovered that may not be the whole story. Even if the phones are turned off, and the devices are held in the children’s hands, the smart phone still interferes with sleep. They believe this is because using a smart phone causes the brain to be highly stimulated, instead of “winding down,” which is necessary for the transition to sleep. He suggests that all devices should be turned off and removed 90 minutes before bedtime. This parental request shouldn’t be considered a punitive action, but rather a proactive health stance for improved “sleep hygiene.”

Sleeplessness for toddlers, adolescents and older teens is not a new phenomenon. Stanfordhealthcare.org reports that pediatric sleep disorders, including those unrelated to smart phone concerns, are a common occurrence, even in infants. And a serious lack of sleep, despite the cause, can increase family tension, be a catalyst for behavioral, educational and social issues and even promote weight abnormalities. They encourage concerned parents to consider an evaluation by a certified sleep specialist.

The study completed for JAMA was limited to the damage that smart phones can inflict on sleeping patterns of children between the ages of six and nineteen. Other studies on the effect of smart phone radiation have raised other serious concerns on much younger persons, including those in the womb.

As reported by Babysafeproject.org, in 2012, Dr. Hugh Taylor, from Yale University School of Medicine did an experiment exposing pregnant rats to “ordinary cell phone radiation.” The offspring of the rats demonstrated reduced memory and hyperactivity, in contrast to the control group.  Dr. Taylor reported his test subjects had “damaged neurons in the prefrontal cortex of the brain.” These lab rats had cell phone exposure forced upon them. Without the appropriate knowledge or guidance, our children are also being bombarded by dangerous exposures through the rising tide of societal and technological coercion.