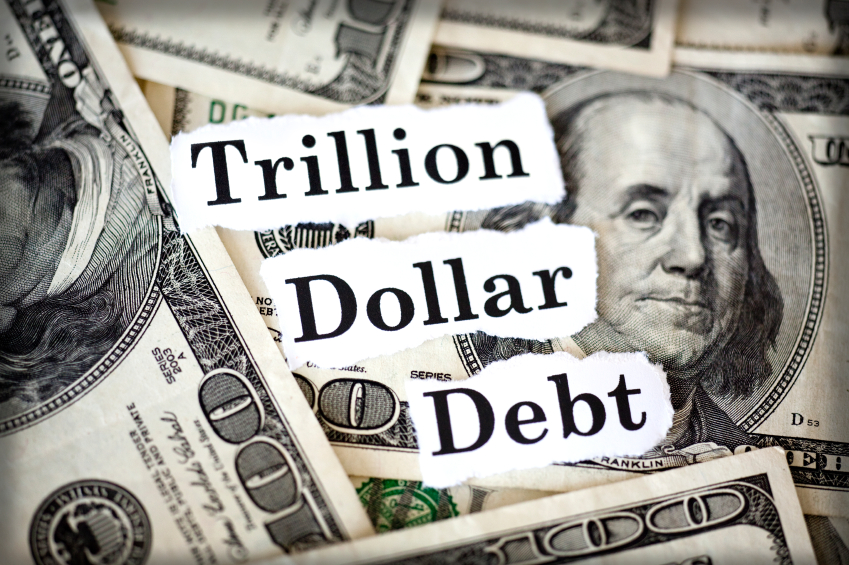 (Bugout.news) The man who once called President George W. Bush’s doubling of the national debt “unpatriotic” is going to leave behind the most amount of debt our country has ever had – a debt that, honestly, is a nation-killer.

And what’s more, Obama (with Congress’ help) is adding a mind-blowing $2.4 trillion more this year alone.

Think about that and let it soak in: $2.4 trillion this year alone.

As noted by Zero Hedge, “this is pretty nuts.”

So if they keep up this pace, the national debt will increase by $2.4 trillion this fiscal year, surpassing $21 trillion by next September.

It’s hard to believe how rapidly the debt is growing; debt growth is far outpacing the growth of the US economy… and there’s no way to pretend that this is good news.

What’s worse, idiot liberal economists like Nobel laureate Paul Krugman says ‘debt is good’ (which ought to tell you just how Left-wing and corrupt the Nobel prize committee is).

He writes that such logic is “astonishing.”

The fact is, aside from the Civil War and World War II, U.S. debt has historically been low. A century ago, in 1916, the debt was $3.6 billion, or about 7 percent of GDP. If it grows to $21 trillion, as it is now projected to do if the pace of growth remains the same the entire fiscal year, that is 106 percent of GDP.

Now we don’t know at what level Krugman considers debt unsustainable, but we’d say we’re already there. Because the fact is, our debt never goes down. It only goes up, and by a lot every year since our “debt is unpatriotic” president has had control over economic policy.

President-elect Donald J. Trump has pledged to cut our national debt, through a combination of tax policy and economic policies that will actually grow the economy. He says he thinks he can have it all eliminated by the time he leaves office. We’re not optimistic that goal can be achieved, but if he leaves office in four or eight years and the debt has actually come down, then we’d call that a win. And hopefully the next president would continue those policies.

But if he doesn’t get a handle on the mess that Obama has left him, we seen nothing but economic doom and gloom ahead for our country.

For decades to come. In fact, we may never recover.

You may not like Trump and you may not have voted for him, but a billionaire businessman may turn out to be the best person at the right time in our history to lead us out of our economic dire straits.

Let’s hope so, because if he isn’t, we’re doomed.