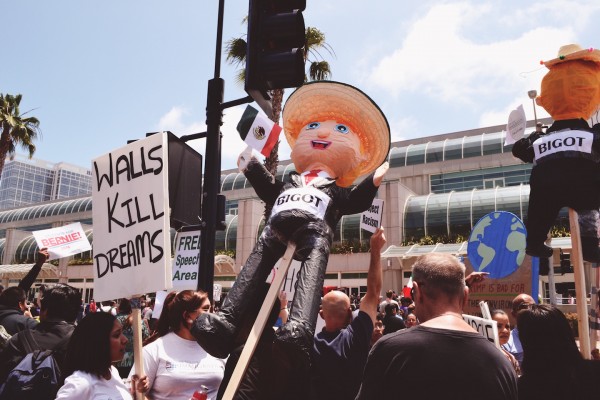 Leading up to the 2016 presidential election, the leftists of the world couldn’t stop talking about the dangers of Donald Trump. They told all of us that if Hillary Clinton wasn’t elected, then the world was going to be destroyed in a matter of hours. If we refused to submit to President Clinton Vol. 2, then we would surely be doomed the next morning.

Unfortunately for those fearmongers, the next morning came and brought nothing bad with it. Everything went on as normal, but the people living in Middle America finally felt as though their voices were being heard. After years and years of being completely ignored by the federal government and the mainstream media, the disenfranchised throughout our nation finally got their chance to speak – and they spoke in favor of Donald J. Trump.

Naturally, everything has gone okay since then, but that hasn’t stopped the angry leftists from doing everything they can to destroy the country that us patriots love so much. It seems as though they’re even busing in protestors to wreak havoc in many of America’s cities while pretending that all of this occurred organically.

Zero Hedge reports that one of their readers discovered something suspicious regarding local protests. A number of buses were parked on the sides of the road shortly before protests took place. They write, “As our reader notes, ‘I have a video of 5 city blocks on the West side of Chicago lined with busses [sic] from Wisconsin (Badger Bus Lines) bringing in protestors. The Sears tower is visible in the background.’ The video was taken at 3:30pm on South Canal Street in Chicago on Saturday. As our reader points out, hundreds of the participants that took part in the downtown Chicago protests from November 12 were bused in using these vehicles. Other arrived by train.”

This is why we cannot trust the media and cannot trust our politicians. There are far too many liars among them, and they’re trying to fabricate the truth in order to push their agendas – or convince the American people that their agendas are what is right for us. Sadly, the only people we can really put our faith in anymore is ourselves. Because of this, we should all be prepared for the worst at all times because the worst could always be on its way.

What the world needs now is more honesty. We need fewer lies and less propaganda. That starts with exposing the truth behind fabricated protests.