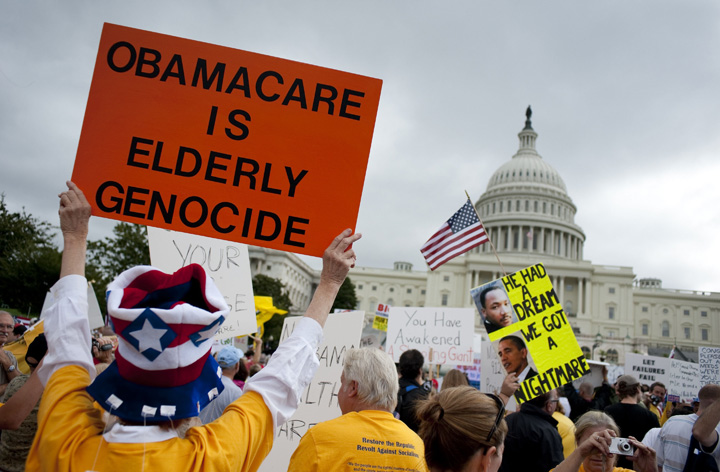 (Freedom.news) The Beltway media couldn’t be more out of touch if it tried. Seriously.

The Hill used the occasion of President-elect Donald Trump traveling to the White House on Thursday to meet with President Obama and begin the transition of power, but to not to report on what the Republican’s massive victory meant in terms of most Americans. The election of Trump, which none of the arrogant establishment saw coming, obviously happened because a majority of voters believed that the country was on the wrong path

So, what does The Hill focus on instead?

What Trump and a GOP-controlled Congress may do to Obama’s legacy.

Other than Obama and sycophantic Democrats, who gives a damn about his legacy? It’s that “legacy” that Americans overwhelmingly rejected.

When Clinton campaigned – and then the Obama’s began campaigning with her in the final weeks – Americans were reminded again just how miserable life has become over the last eight years. Obamacare’s crushing mandates have put the cost of decent health insurance, something we all need, so far out of the average family’s price range they either can’t afford or the deductibles are so high the coverage is all but worthless.

Obama’s regulatory regime via the vast federal bureaucracy has stifled employment, decreased opportunity and led to stagnant wages. Tens of millions of families are hurting. It’s been impossible for many to get ahead thanks to repressive economic policies. Americans voted for a change.

And all the mainstream media is concerned about his the lame-duck president’s legacy.

No wonder Americans put the media below used car salesmen, the plague and even Congress.