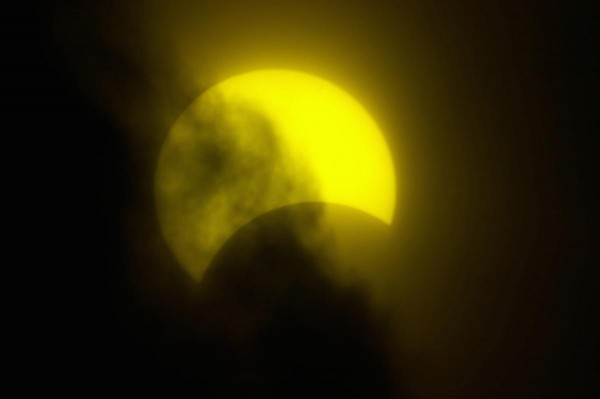 The moon’s orbit is elliptical, therefore its distance from earth can fluctuate by 30,000 miles. The place in orbit where the moon is closest to earth is called perigee. Syzygy is when the sun, earth and moon all line up as the moon is orbiting the earth. When perigee and syzygy occur simultaneously with the moon positioned opposite the sun, we get to see a supermoon.

If there’s one astronomical event to see this year, it will be the supermoon on November 14th. The moon will be the closest it’s been to the earth since January of 1948.

During the supermoon, the moon will appear 30 percent brighter and up to 14 percent bigger then an average full moon. If you miss this opportunity to check out the supermoon, you will have to wait until November 25th, 2034, for the moon to be as close to earth again.

Supermoons aren’t all that uncommon though. We recently had one on October 16th, and we will have another on the 14th of December. However the one to occur on November 14th will be much more impressive – a super, supermoon. That’s because the moon will become full within two hours of perigee. It will look the biggest we have seen in almost seven decades.

NASA says this will be the closest full moon to date in the 21st century. Depending on where you will be viewing the supermoon from, it might be difficult to tell it apart from just another full moon. If the moon is high overhead in your region, and you don’t have any buildings or landmarks to compare it with, you might be somewhat disappointed to not notice how special it really is. If the moon is on the horizon in your region, it will be a beast, creating what’s known as “moon illusion.”

“When the moon is near the horizon, it can look unnaturally large when viewed through trees, buildings, or other foreground objects,” says NASA. “The effect is an optical illusion, but that fact doesn’t take away from the experience.”

Be sure to check out the supermoon from a dark wooded location away from heavily lit and polluted cities. The moon will be at its absolute brightest when it reaches the peak of its full phase on the morning of November 14th at 8:52 am Eastern Standard Time. If you live in Australia, you will not see it until November 15th, at 12:52am AEST, mate.