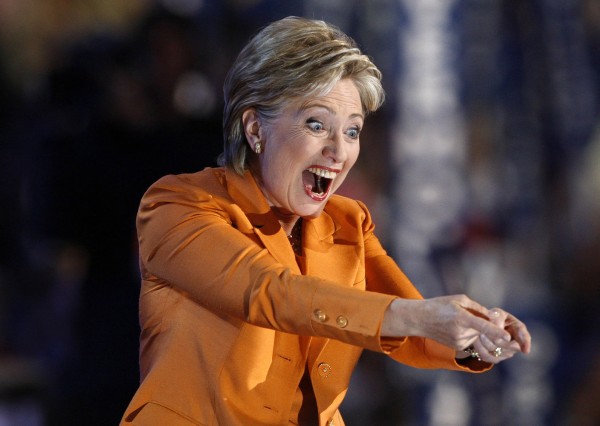 This has been a year of roadblocks for the Clinton Campaign, mainly due to its unraveling at the hands of numerous Wikileaks releases. With the election right around the corner, Hillary Clinton is poised to possibly become not only the first female president of the United States, but also the first person to be elected to the highest post in the land while being investigated for crimes which would land the average citizen behind bars indefinitely. With more high profile leaks leading to a changing of the guard in the DNC, it is important not to lose track of other important information that has been made public.

One important aspect that has come to light in recent hacks shows that the DNC, in fact, wanted Donald Trump to run against Hillary Clinton in 2016. A released email, titled “muddying the waters”, sent from the Clinton campaign manager’s assistant to the campaign chair John Podesta, revealed that Trump would be the desired opponent for Clinton to run against, particularly given the wave of crushing information flowing forth from the email server scandal. Senator Rubio or Governor Kasich would have been able to rally Republicans and most likely beat Clinton in the election. Through simple manipulation and directed attacks at Trump, the DNC essentially cast him as the spokesperson of the party, which gave the Clinton Campaign the opportunity to deflect attention from, and undermine the importance of, her illegal use of a personal home server to discuss classified information.

Another leak of importance, particularly to those who feel that the President of the United States should uphold the oath they take to defend the Constitution instead of modifying it at their will, shows that should Clinton win the presidency, the Second Amendment would be at risk. Not only does Clinton plan on closing the gun show loophole through the use of an executive order, in addition to supporting universal background checks, but she also supports manufacturer liability. This means that while it would still be considered ridiculous for families of car crash victims to be able to sue automobile manufacturers, gun manufacturers would be on the line for deaths incurred through the use of their products.

These are just two of many harmful facts related to the Clinton Campaign that have been released. There are also plans to prey on the needs of struggling Latinos as well as a prediction of nuclear warfare in the Middle East as a result of the Iran nuclear deal. With each new release of information, it comes as no surprise that many Americans are fearful for their post-election future.