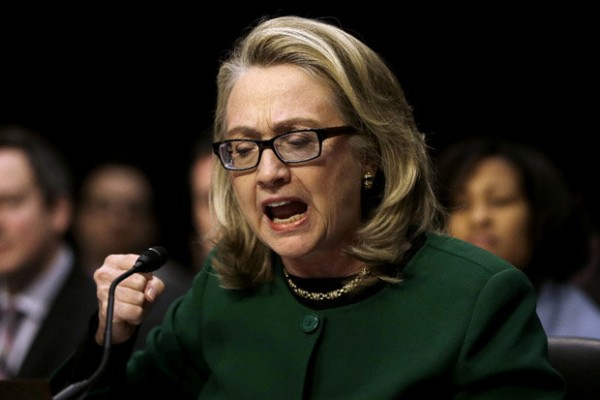 Robin Williams said it best: “Politics: ‘Poli’, a Latin word meaning ‘many’ and ‘tics’ meaning ‘bloodsucking creatures’.”  Who knew this would be the perfect description of one of the candidates for the office of President of the United States? Hillary Clinton, to be specific, is one such “bloodsucking creature” and she’s out to get us all.

So it’s not surprising that, according to recently released documentation from the FBI, Clinton’s acerbic and blood thirsty personality is commonly unleashed onto the Secret Service and Department of State employees who are assigned to work with her.

As reported by ZeroHedge.com, the incriminating details confirming Hillary’s harsh treatment of her co-workers, as well as her disrespect towards the leaders of other nations, are revealed courtesy of the FBI Vault, also known as the Freedom of Information Act (FOIA) library, a repository of 6,700 unclassified documents and media now available for public perusal.

There are four new sections on Hillary Clinton. Many of these pages contain redacted details about the continuing controversy over Clinton’s private email use. But starting on page 43 of the document titled Hillary R. Clinton Part 04 of 04, an unnamed female who worked with Clinton as part of the Bureau of Diplomatic Security gives her stark testimony.

With reference to State Department diplomatic protocol and security measures, the source reports that “Clinton frequently and blatantly disregarded them.” For example, when visiting foreign countries, Clinton would prefer to ride separately with her Chief of Staff Huma Abedin, rather than in the usual armored limousine with the country’s ambassador. This was insulting and embarrassing to the host dignitaries. It was also noted that Abedin exerted “much more power over Clinton’s staff and schedule” than former people who held the same position.

In 2009, the documents state that while Clinton was in Jakarta, she wanted to create a photo op for her “clean cooking initiative.” Her security team felt it was “a hostile area” and advised against it. Those working for her felt she was using hand picked media “to garner political support” with no regard to the safety of herself, her staff or the security detail.

Clinton’s staff, while she was Secretary of State, insisted on using the Secret Service, even though she had a personal security detail from the Department of State. This led to confusion and logistical problems for both agencies when she would travel home. The unnamed source explained, “Clinton’s treatment of her agents . . . was so contemptuous, that many sought reassignment.” By the time Secretary Clinton left the State Department, it was “difficult to find senior agents willing to work for her.” A Clinton White House is a recipe for disaster.